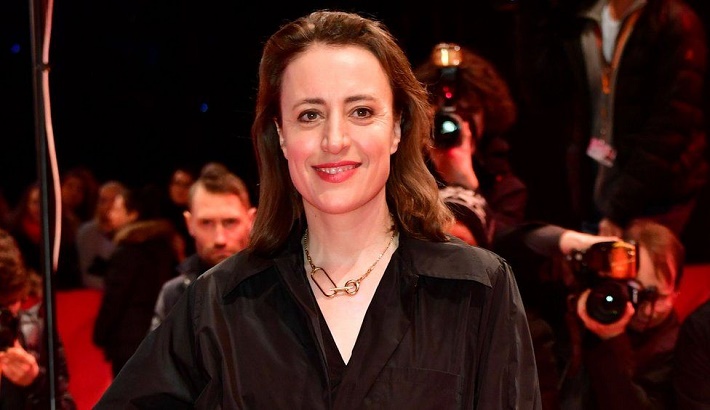 Maren Eggert, pictured in 2019, won for her performance in I'm Your Man

The Berlin Film Festival has awarded its first ever gender-neutral acting prize to Maren Eggert.

The new award, which was announced by the festival last August, means both male and female actors now compete in the same category.

German actress Eggert won for her performance as a museum researcher in the sci-fi comedy, I'm Your Man.

Berlin's decision to merge the categories could have a knock-on effect on other film award ceremonies.

The idea has previously been welcomed by screen stars such as Cate Blanchett and Tilda Swinton, but it has also sparked heated debate.