It is a matter of pride and joy for us to have got a Bangladeshi youth to be manufacturing engineer of F-35 fighter, the most advanced warfare aircraft of the world.

The Lockheed Martin F-35 is the most advanced fighter jet in the world and considered the most lethal and survivable fighter aircraft. Asim Rahman, a youth of Bangladesh, has become a part of golden history becoming manufacturing engineer of the aircraft.

After A-Levels from Sunbeams in 2010, he moved to Atlanta, Georgia to pursue a Bachelor's degree. He was selected at the Georgia Institute of Technology to be ranked the Number #2 school in the US for aerospace engineering.

Initially, he joined as software engineer after graduation. He was inclined to work for the US defence sector, but needed US citizenship for the job. He tried for the same without killing time. He applied in the aerospace industry soon after getting citizenship.

After several rounds of interviews, he was given an offer as a Manufacturing Engineer for the F-35 programme.

Based in America, Lockheed Martin is one of the largest companies in the aerospace technology industry. Asim Rahman focused on the design and operation of production. He assisted in all phases of the manufacturing processes and developed new methods and tool to improve the build process.

He likes travelling and cricket. He has already travelled to 32 countries. He flew to England to support Bangladesh team last year. He met the players and was even featured on TV with -sized Bengal Tiger!

In LinkedIn profile, Asim I. Rahman, F-35 Manufacturing Engineer at Lockheed Martin, Georgia Tech Alumni, Aircraft Enthusiast, said “There is nothing more exhilarating than high performance fighter-jets, and to me what matters most is being a part of a team that transforms years of research into reality. Working in the Defense Aerospace Industry gives me the unique ability to employ my research experience, engineering education, and technical ambition to help manufacture F-35 fighter jets that are used globally by the military.” 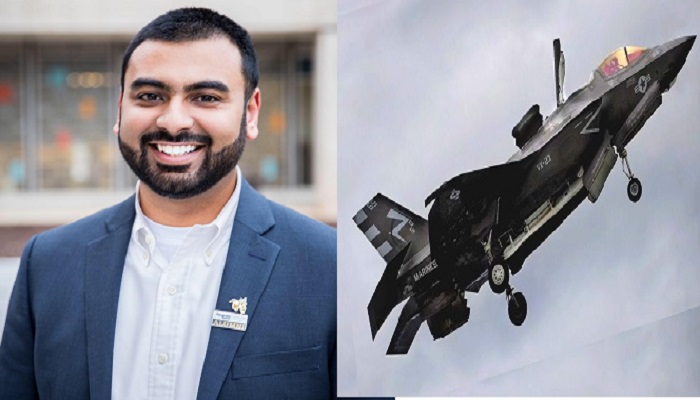