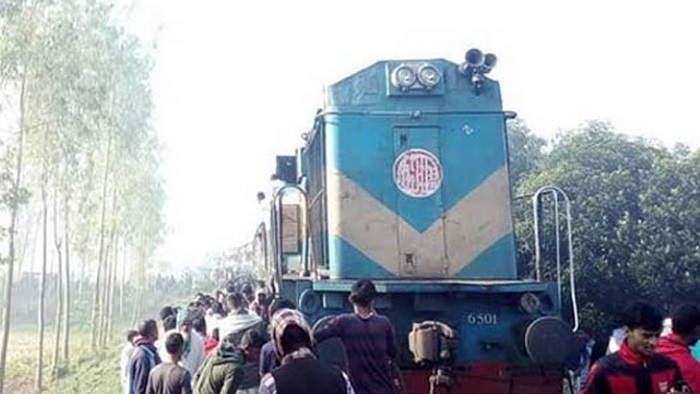 Commuters on Tuesday staged demonstrations at Joydebpur rail station in Gazipur for an hour to press home their 10-point demand, halting train communications of the district with the northern region.

Stoppages of nine inter-city trains in Gazipur and increasing the number of bogies of different trains were among their 10-point demand.

The commuters took position on the railway tracks at Joydebpur Station in the morning. Three trains got stranded from 7 am to 8 am at the station following the demonstrations.

Engineer Mohammad Shamsul Haque, president of Gazipur Passenger Community, said there is no stoppage of nine inter-city trains at the station, causing sufferings to the local commuters.

He said the commuters have to go to airport station to travel by inter-city trains as there is no stoppage of those trains at Joydebpur station.

They also demanded a flyover in the area as ‘vehicles remain stranded at the level crossing 72 times a day’.

The protesters also threatened to go for tougher movement, if their demand goes unheeded.

Movement of several trains were disrupted while the schedules of a number of trains got changed.