The Philippines is a flashpoint in the US-China cold war 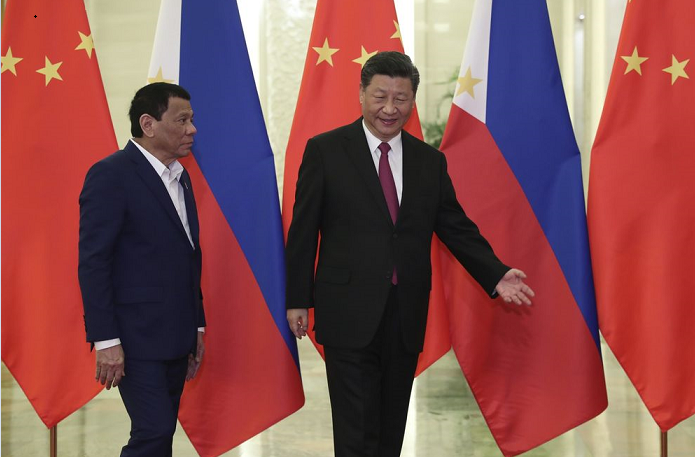 As discussed in a previous column of this series, the US requires a firm alliance with Europe, and particularly Germany, to compete globally with China. Yet the outcome of that rivalry also rests fundamentally on the strength of U.S. relationships with the countries encircling China’s East Asian and Southeast Asian periphery.

If US alliances and partnerships with countries from South Korea to Vietnam hold firm, those nations will be able to resist Chinese coercion, and Washington will retain regional footholds to counter Beijing’s power. If those relationships fracture, the US will be pushed to the margins of the Indo-Pacific, and China’s neighbors will be unable to resist its advance.

China’s leaders understand this: President Xi Jinping’s mantra of “Asia for Asians” is code for a region from which the US is excluded and Beijing is unrivaled. And nowhere are the stakes higher than the Philippines, a vital ally that has been drifting away from Washington for a half-decade.

The Philippines is so crucial because it is where the many subregions of the Indo-Pacific meet. It is a frontline state in the South China Sea, where it has borne the brunt of Chinese pressure over the past decade. It anchors the southern flank of a strategic cordon, running from South Korea to Japan to Taiwan to the Philippines, that impedes China’s access to the open Pacific.

It connects the US alliance system with Southeast Asia, an area where geopolitical alignments are fluid and competition for influence is intense. All of which is why the deterioration of US-Philippines relations has so unsettled the regional equilibrium.

As late as 2016, that relationship was in fairly good shape. President Barack Obama put Manila at the forefront of the so-called Asia pivot, by sealing an Enhanced Defense Cooperation Agreement that gave US forces access to five military bases;, supporting the government as it took China to international court over Beijing’s legally ludicrous claims in the South China Sea, and giving priority to the Philippines in the Southeast Asia Maritime Security Initiative. The reinvigoration of the alliance after a post-Cold War slump appeared to vindicate Obama’s strategy of responding to China’s assertiveness by building a denser network of ties with its worried neighbors.

Since then, however, the initiative has shifted to Beijing. The election of President Rodrigo Duterte in 2016 brought to power a leader who combined visceral anti-Americanism with an appallingly bloody drug war. It led to delays in implementing EDCA, a softening of Manila’s resistance in the South China Sea, and repeated threats to kick American forces out of the Philippines.

Beijing seized the opportunity to woo Duterte’s government with loans, investment and, reportedly, corrupt payoffs. And whereas other U.S. allies in the region have limited their dependence on Chinese technology, the Philippines has allowed Huawei Technologies Co. to help build its 5G networks. “America has lost” the competition in Asia, Duterte declared — a prophecy Chinese officials are working hard to realize.

The news is not all bad. Most Filipinos still value the alliance with the U.S., and Duterte — perhaps hoping to get the best deal by playing both sides — has strained but not ruptured it.

Many of the economic benefits Beijing promised have yet to materialize, and China’s heavy hand has hurt its own cause. Anger at Beijing only increased after a Chinese vessel, perhaps part of the Chinese maritime militia, sank a Filipino fishing boat in 2019 and left the crew to drown (they were picked up by friendly vessels).

Still, it has become an open question how the Philippines will position itself in the struggle for Asia — as a strong US ally, a fence sitter, or perhaps a state that leans toward Beijing.

That uncertainty may grow if President Joe Biden, who has stressed the primacy of democratic values in foreign policy, feels compelled to make a greater issue of Duterte’s domestic brutality. But it won’t disappear even when Duterte leaves office in 2022.

Obama-era gains notwithstanding, the US simply hasn’t made a strong enough case that the Philippines, or other leading Southeast Asian countries, should rally to its side. Sticking close to the U.S. did not prevent China from seizing Scarborough Shoal in 2012, or embarking on an island-building frenzy in the years thereafter.

Washington has made much of the dangers of turning to Beijing for loans and technology, but offered little in the way of other options for countries that have a legitimate need for advanced telecommunications, improved domestic surveillance and better infrastructure. Since Trump’s withdrawal from the Trans-Pacific Partnership in 2017, there has been no positive vision for U.S.-led economic integration in the region — even as China’s Regional Comprehensive Economic Partnership has gone ahead.

The U.S. has, since 2019, strengthened military support for the Philippines by making clear that its defense commitment extends to Manila’s forces in the South China Sea. But if Filipinos seem ambivalent about the relationship with Washington, it isn’t simply because Duterte dislikes Americans.

Washington faces a long, multifaceted competition for influence in Manila and Southeast Asia more broadly. It will need to advance a meaningful economic agenda for the region, perhaps by rejoining and somewhat reshaping the trade agreement (now the Comprehensive and Progressive Transpacific Partnership) Trump abandoned.

It should expand and better synchronize its aid and investment programs with those of other democracies, especially Japan and Australia, that are committed to preventing Southeast Asia from falling fully into Beijing’s economic and technological orbit. It must shore up the US military position in the Western Pacific, intensify efforts to protect freedom of navigation in the South China Sea, and make crystal clear that it will prevent further Chinese encroachments on Filipino sovereignty.

Finally, while America’s leverage with Duterte is currently limited by the precariousness of its position in the South China Sea, over the long term Washington should invest in democratic institutions and anticorruption efforts as a way of combating the political conditions that Beijing can exploit.

This agenda is, admittedly, immodest. But so is the salience of the Philippines in today’s great-power rivalry.