Two die as tree falls on them in Mymensingh 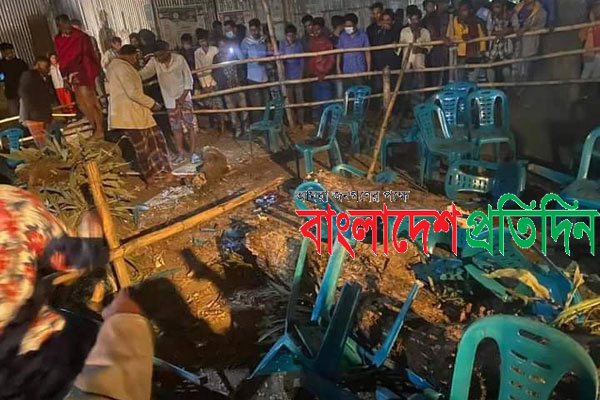 Two men were killed as a mango tree fell on them at Mallick Para Bazar in Bhaluka upazila of Mymensingh on Thursday evening.

The deceased were identified as Nasir Uddin, 33, and Shaheed Mia, 35, both of them were resident of Mallickbari Gubudda village in the upazila.

It is learned that the mango tree suddenly fell on them while the victims were attending a program at the market.

They were taken to Upazila Health Complex where the on-duty doctor declared Nasir Uddin dead.  Later, Shaheed Mia was referred to Mymensingh Medical College and Hospital in critical condition where he also succumbed to his injuries.