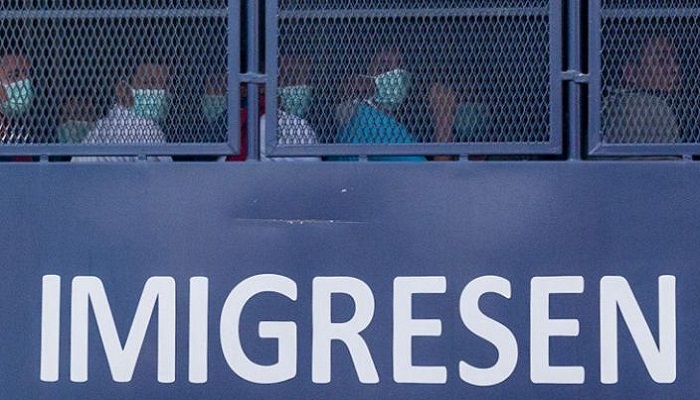 UN human rights experts are appalled by the Malaysian authorities’ decision to proceed with the deportation to Myanmar of over 1,000 detained migrants, including children and women at risk and other vulnerable individuals, despite a court order to suspend their return.

Immigration authorities on Tuesday returned 1,086 migrants, including unaccompanied minors and toddlers as young as three-years-old. However, on the same day, the Kuala Lumpur High Court had already issued an order to suspend their deportation pending a judicial review.

Following the coup d’état on February 1 in Myanmar and the systematic and widespread violations of the people’s fundamental rights and freedoms by the military, as noted by the Human Rights Council, the UN experts expressed concern that returnees might be exposed to serious violations of their human rights upon their return.

“The Malaysian authorities in defiance of the court order breached the principle of non-refoulement, a rule of jus cogens, which absolutely prohibits the collective deportation of migrants without an objective risk assessment being conducted in each individual case, said a UN statement issued in Geneva on Wednesday (Feb 24).

“Children should not have been separated from their family, or returned without determining that their return is in their best interests.”

The experts said identification processing and analysis of the migrants’ individual protection needs had not been adequately carried out.

The migrants have been held in Malaysia’s immigration detention facilities for prolonged periods on grounds of their irregular migration status. The Myanmar military regime had offered to send three navy ships to transport a total of 1,200 migrants.

The UN experts wrote to the Malaysian authorities to express their concerns and urged that they observe the absolute prohibition of refoulement. States have an obligation not to return a person, whatever their status, to a country where there are substantial grounds to believe that the individual would be at risk of being subjected to torture or other cruel, inhuman or degrading treatment or punishment, or other serious human rights violations.

“The failure to ensure due process safeguards for all migrants including through case-by-case risk assessments and adequate protection measures on an individual basis, heightened their vulnerabilities and risk of exploitation and other violations upon return,” they said.

The experts noted that any migrant who is asked to consent to a voluntary return process must be fully and meaningfully informed of their choices, and their consent must be given free of coercion such as the threat of indefinite detention.

The UN experts urge the Malaysian authorities to conduct an adequate assessment of the remaining migrants and accord them the necessary protection as required. The UN experts will continue to closely monitor the situation.