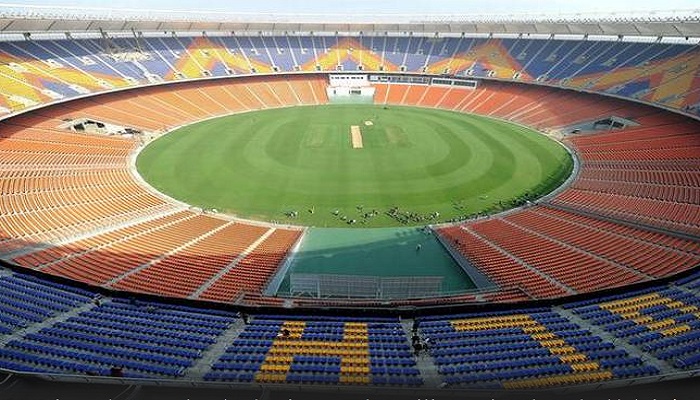 The world’s largest cricket stadium, at Motera in Ahmedabad, has been renamed as Narendra Modi Stadium.

It was inaugurated on Wednesday by the President of India, Ram Nath Kovind, in the presence of Union Home Minister Amit Shah, Gujarat Chief Minister Vijay Rupani and others.

The inauguration was done hours before the start of the day-night third Test between India and England.

The refurbished stadium at Motera in Ahmedabad, set up by the Gujarat Cricket Association (GCA), is the dream project of Prime Minister Narendra Modi, who had conceived it as President of GCA and Chief Minister of Gujarat in 2014 to demolish the old stadium completely and rebuild in its place a new one which would be the largest in the world with the best of facilities.

Spread over 63 acres, it is the largest cricket stadium with a seating capacity of 1,10,000.

Last year, on the same day, PM Modi had hosted US President Donald Trump in a mega event “Namaste Trump” at the stadium.