3 persons, an organisation get International Mother Language Award for the first time 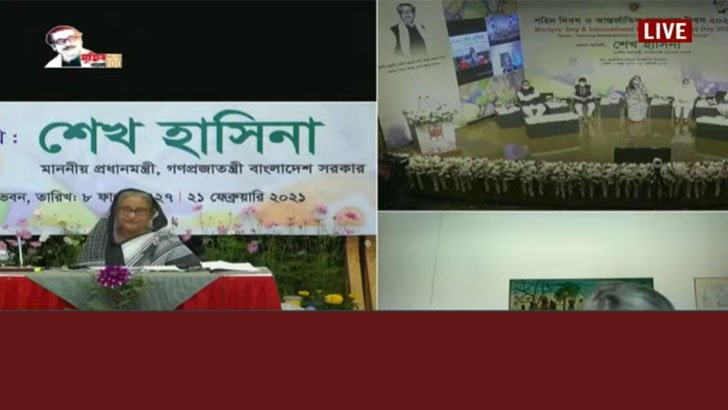 Three persons and an organisation have received International Mother Language Award for the first time.

Education Minister Dr Dipu Moni, on behalf of the premier, handed over the award to the recipients on Sunday.

From now on, this award will be given every two years at national and international level for the contribution to the preservation, revival and development of the mother language, she said.

According to media report, the awardees include National Professor Mohammad Rafiqul Islam, who has been honoured for his contribution at national level.

The 87-year-old linguist also participated in the 1952 Language Movement actively and captured rare photos of the movement.

A former vice-chancellor of the University of Liberal Arts Bangladesh and director general of Bangla Academy, Prof Rafiqul won the Ekushey Padak, Swadhinata Padak, and Bangla Academy Award among others.

Mathura Bikash Tripura, executive director of Jabrang Welfare Association in Khagrachhari, received the award for his work to protect the mother tongues of the small ethnic groups.

At the international level, the government conferred the award on Islaimov Gulom Mirzaevich, an Uzbekistan researcher, and The Activismo Lenguan or Language Activism of Bolivia.

Mirzaevich has played a role in research, practice and culture of mother language protection, promotion and revitalisation in Uzbekistan, and abroad.

The Activismo Lenguas is an online initiative to support networks of indigenous language digital activists in Latin America.