Covid-19: After WHO's probe in Wuhan, China calls for origin tracing in US 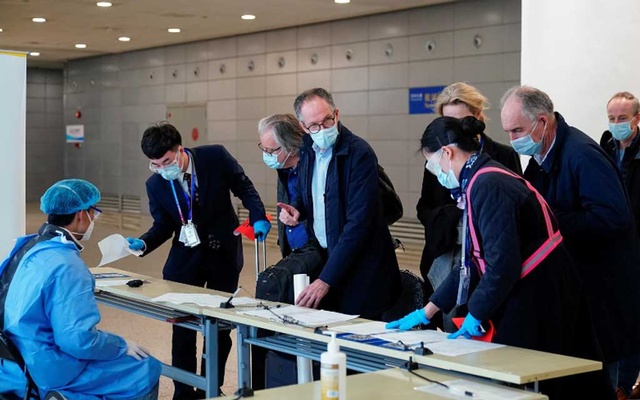 Following the World Health Organisation's (WHO) remarks on the origin of coronavirus in China's Wuhan city, Beijing has now urged the global health body to do an origin-tracing study of the virus in the United States.

"(We hope) that following China's example, the US side will act in a positive, science-based and cooperative manner on the origin-tracing issue (and) invite WHO experts in for an origin-tracing study," Wang Wenbin, Foreign Ministry spokesman, last week.

Similarly, Zeng Guang, chief epidemiologist at China's Center for Disease Control, said the US should now be "the focus" of global efforts to trace the virus, CNN reported.

This comes after a team of WHO experts, who investigated into the origin of the Covid-19 in Wuhan, had said that there is no evidence of coronavirus circulation in any animal species in China.

During a press conference, Peter Ben Embarek, the head of the WHO mission in Wuhan, had stated four hypotheses on how the virus spread but reiterated that "laboratory incident hypothesis is extremely unlikely to explain the introduction of the virus into the human population".

The findings by the WHO were slammed by the United States, raising concerns over the possibility of the Chinese government's interference in the WHO's recent investigation into the origins of Covid-19 in Wuhan.

"We have deep concerns about the way in which the early findings of the Covid-19 investigation were communicated and questions about the process used to reach them," said Jake Sullivan, US National Security Adviser.

He had stressed on the importance of an investigation that is "free from intervention or alteration by the Chinese government" into the origin of Covid-19.

"To better understand this pandemic and prepare for the next one, China must make available its data from the earliest days of the outbreak," he had added.