‘Ekushey Padak-2021’ to be distributed on Saturday 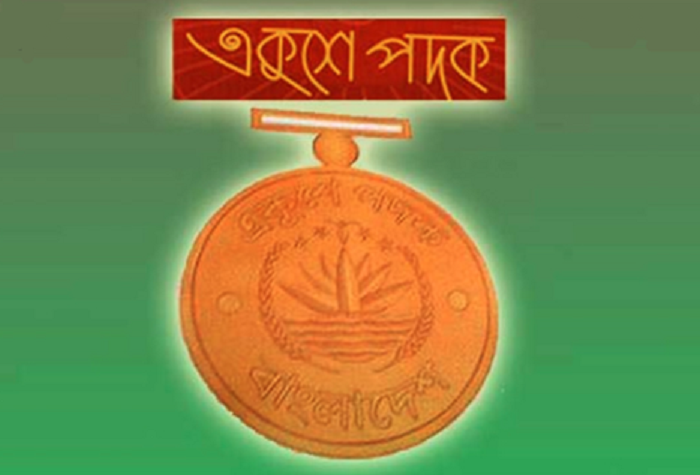 The Ekushey Padak-2021 will be awarded to 21 personalities at a function at Osmani Memorial Auditorium  at 11 am tomorrow.

The government announced the names of 21 eminent personalities for the ‘Ekushey Padak-2021’ for their outstanding contributions to respective fields, on February 4 last.

Prime Minister Sheikh Hasina is expected to attend the programme virtually as the chief guest.

The awardees are: Motahar Hossain Talukdar (posthumous), Shamsul Haque (posthumous) and Advocate Afsar Uddin Ahmed (posthumous) for their roles in the Language Movement.

In his message, President Abdul Hamid said the great language movement is an unforgettable event in the national history.

The seed of Bangladesh’s independence was sown through the language movement, the head of the state added.

He recalled that Father of the Nation Bangabandhu Sheikh Mujibur Rahman, who led the All Party Council for Struggle on State Language formed in 1948 to demand mother tongue.

He paid his deep respect to the memory of the immortal martyrs of the country’s long struggle for independence, including the great language movement of February 21, 1952.

Prime Minister Sheikh Hasina, in her message, paid her deep respect to the memory of all the martyrs who sacrificed their lives to protect the dignity of the mother language ‘Bangla’ on February 21, 1952.

With utmost respect, the premier remembered the entire language movement veterans, including the greatest Bengali of all time, Father of the Nation Bangabandhu Sheikh Mujibur Rahman, who led the fight for the dignity of the Bengali language.

“We are awarding the glorious Ekushey Padak in honor of those who have made great contribution in various fields in the development of art, literature, science and culture of the country and in building an enlightened society with the spirit of Ekushey,” she added.