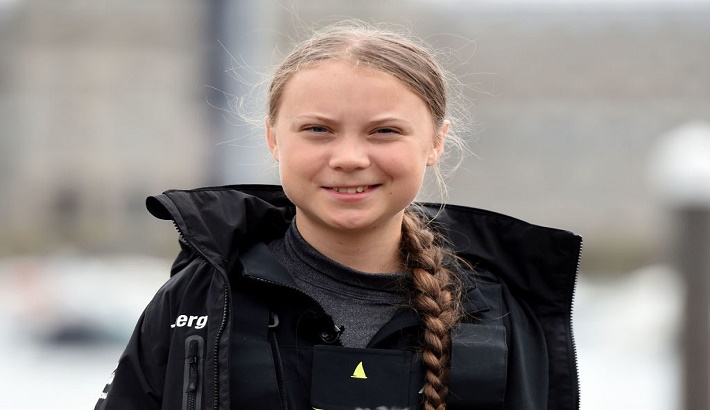 The toolkit used by teen climate activist Greta Thunberg regarding the farmers' protest was part of an elaborate design that was under play since 2007 and involved several shady companies in the US, fake foreign experts and even ghost entities to target India and its interests, according to a fake news watchdog.

"The name of one of the key players of our story came up in the toolkit dropped accidentally by Greta Thunberg. The toolkit had mentioned a foreign expert as resource point - Pieter Friedrich. It was startling. Pieter was part of a story we were already working on since about a month in the context of an info-war against India," DisInfo Lab, a fake news watchdog, found. "This elaborate design and planning that is underway since 2007 at least was driven by singular motive - to target India's interests. This was tried to be accomplished by targeting the idea of India - non-violence and Mahatma Gandhi - replacing it with an alternative image of a Fascist India; Targeting India's territorial integrity - working towards K-2 (Kashmir-Khalistan) design; targeting India's interests abroad by working against Indian origin American politicians," the report added.

The watchdog pointed out that the story goes far back into the turmoil of 1980s, a hitherto, an unknown Khalistani Bhajan Singh Bhinder @Iqbal Choudhary appears on the scene. He claimed his origins from Malaysia and was operating from the US.

"He was essentially funding the terror network for carrying out large-scale violence in various cities in India through another terrorist Lal Singh with the help of Pakistan's ISI. India escaped the attack by a whisker when Lal Singh got arrested from Dadar railway station. Bhinder was eventually also put in India's Black-list till 2011," it added.

DisInfo Lab pointed out that the attacks were part of a larger conspiracy called K-2 (Kashmir-Khalistan) which was hatched in Lahore under the patronage of Amir ul Azeem, the then Secretary of Jamaat-e-Islami, and being supported by several Pakistani establishment players including Choudhary Altaf Hussain, eventually Governor of Punjab (Pakistan) and uncle of present S&T Minister of Pakistan Fawad Chaudhary.

It stated that at the same time, while in the US, Bhinder and his gang was also involved in a major trans-national drug trafficking network, and a DVD piracy network. In order to fund their drug network, they managed to take control of one of the most prominent Gurudwaras in the US (Fremont Gurudwara), after a bloody fight within the Gurduwara.

The watchdog also pointed out that despite the elaborate planning, it was hard for them to get an audience and credibility in the Indian media space unless endorsed and amplified by Indian intellectuals. In a remarkable feat, "Pieter managed to hook up a significant following amongst India's major influencers."

Thunberg posted the "toolkit" in a tweet in January which she later deleted. The teen activist's post on the micro-blogging site came after American pop star Rihanna shared a news article highlighting the Centre's crackdown on the farmers by cutting off internet services in many regions.

"Why aren't we talking about this?!" wrote Rihanna, as she added the hashtag #FarmersProtest along with the post on the micro-blogging site.

Farmers have been protesting on the different borders of the national capital since November 26 last year against the three newly enacted farm laws: Farmers' Produce Trade and Commerce (Promotion and Facilitation) Act, 2020; the Farmers Empowerment and Protection) Agreement on Price Assurance and farm Services Act 2020 and the Essential Commodities (Amendment) Act, 2020. (ANI)