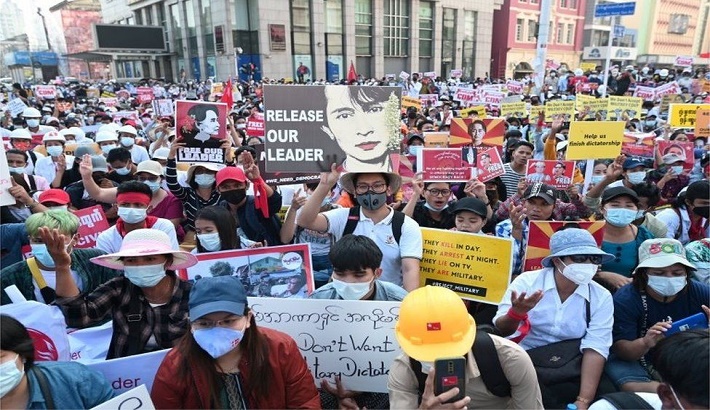 Hundreds of thousands of people have protested across Myanmar, staging some of the biggest anti-military rallies since the 1 February coup.

In Mandalay, security forces fired shots near the railway station. At least one injury was reported.

Demonstrators are demanding the release of Aung San Suu Kyi and other elected civilian leaders following the coup.

A day earlier Ms Suu Kyi had been handed a second criminal charge.

The military repeated its promise to hold fresh elections and relinquish power, though many protesters remain sceptical.

The developments came after the UN special rapporteur for Myanmar, also known as Burma, warned of potential violence by the military.

Ms Suu Kyi's lawyer told the BBC on Wednesday that he has had no direct contact with her.