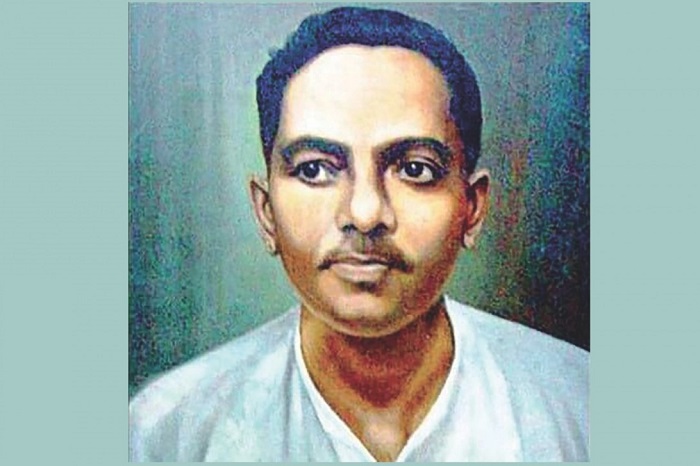 Saudha Society of Poetry and Indian music, a Leeds based UK’s leading Indian classical music promoters, is hosting a two-day International Jibanananda Festival with guest discussants and artistes from Bangladesh and India, starting from Wednesday.

The festival, consisting of discussions and cultural performances, is going to be streaming live from Saudha’s Facebook page and YouTube channel on 17th and 18th February from 9 pm to 1 pm (Bangladesh) and 3 pm to 8 pm (UK) each day.

Education Minister Dr Dipu Moni will join the inauguration ceremony of this virtual festival as its chief guest, while  Vice-Chancellor of Barisal University Professor Md Sadequl Arefin will preside over the ceremony.

The first day of the festival will also be joined by author and the director of Nazrul Centre at the Kazi Nazrul University in India professor Swati Guha, eminent Bangladeshi critic, writer and academician professor Dr Syed Manzoorul Islam, poet and professor of Leeds Trinity University Oz Hardwick, prominent theorist, poet and the former vice-chancellor of Assam University professor Tapodhir Bhattacharjee, writer, critic and associate professor at Grand Valley State University in USA Azfar Hussain and fiction-writer and a medical anthropologist at Sussex University in the UK Dr Shahaduz Zaman.

The second day of the festival will also feature enthralling cultural performances and enlightening discussions, according to the organizers.

Known as the ‘Ruposhi Banglar Kobi’ (Poet of the beautiful Bengal), Jibanananda Das was born on February 17, 1899 in Barishal.

Jibanananda Das is widely revered as the purest poet of melancholic nature of Bengal and the most remarkable poet of post-Tagorian Bengali literature who tried to shake off Rabindranath Tagore’s poetic influence and also considered by many as the most-read poet after Rabindranath Tagore and Kazi Nazrul Islam in Bangladesh and West Bengal.

As a poet, Jibanananda Das did not achieve much recognition and popularity during his lifetime, however, his poetic brilliance got the recognition after his untimely death with the discovery of many of his manuscripts.

Born in Barisal to a Vaidya-Brahmo family, Jibanananda Das studied English literature at Presidency College, Kolkata and earned his MA from then Calcutta University.

He started his journey as a poet at an early age while he was a student. Many of his poems inspired an uprising sentiment towards Bengali nationhood, especially after his departure and during the 1971 Liberation War of Bangladesh.

Though principally being a poet, Jibanananda also wrote a collection of essays, 21 novels and 108 short stories. Many of his novels were published posthumously including Malyaban, Sutirtha and others. His completed works have been published in 12 volumes as Jibanananda Samagra from Kolkata, India.

Jibanananda Das passed away in a road accident in Kolkata on October 22, 1954 at the age of 55.