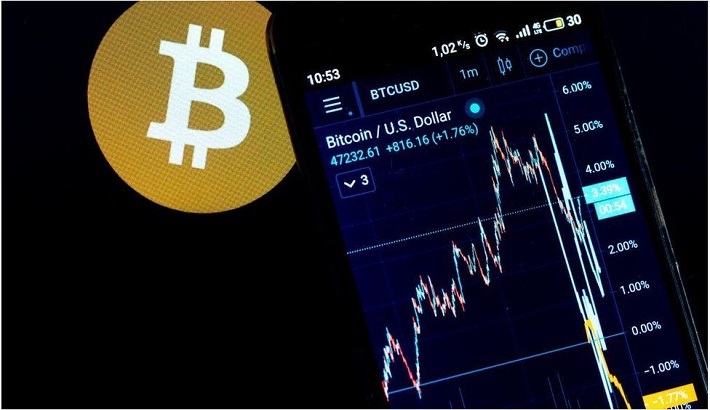 The so-called cryptocurrency, which was created by an unknown inventor, has risen about 72% this year.

Bitcoin and other cryptocurrencies are generated by computers. Part of its supposed value comes from the finite number that can be computed.

But regulators have warned that they are risky, since their value can change fast, both downwards and upwards.

Much of this year's gain for Bitcoin came after Elon Musk's Tesla bought $1.5bn of them and said it would accept them as payment for its cars.

Supporters say Bitcoin can act as a store of value, like a digital version of gold.