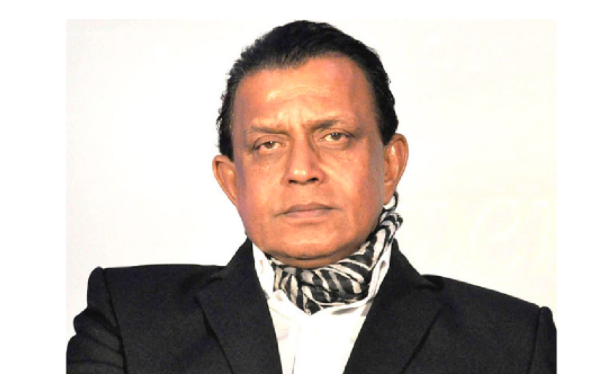 Speculation is rife that Barisal-born Bollywood actor Mithun Chakraborty may soon join India's ruling Bharatiya Janata Party (BJP) that has not yet been able to zero in on its chief ministerial face in the poll-bound eastern state of West Bengal. The Indian state and Bangladesh share a land border and a common language.

What has fuelled the speculation is Mithunda's (as he is affectionately called) hour-long meeting with the chief of BJP's ideological mentor Rashtriya Swayamsevak Sangh (RSS), Mohan Bhagwat, over breakfast at the 70-year-old actor's posh Madh Island home in Mumbai on Tuesday morning.

Though Mithunda brushed aside the speculation during his interaction with the media later in the day, saying the meeting was more of "a spiritual connect" between them, sources told UNB that BJP would prefer to bet on a "fresh face" in Bengal politics rather than projecting one of the three current contenders for the coveted post.

"BJP state president Dilip Ghosh, and Trinamool Congress turncoats Suvendu Adhikari and Mukul Roy are all eyeing for the chief minister's post in West Bengal. Though Ghosh is the frontrunner, the BJP high command could well opt for a fresh face as projecting one of them could lead to factionalism in the party's state unit," sources said.

Mithunda, however, told the media that it was just a "spiritual relationship" with Mohan Bhagwat. "I have a spiritual relation with him.It is a very deep spiritual relation. There was a plan that he would come to my home when he visits Mumbai. It so happened that I returned to Mumbai from Lucknow after a shoot and he too is in Mumbai."

"When one visits home, it is assumed that he must love me and my family. He asked me to bring everyone to Nagpur. That's all we discussed. He had breakfast. There was no rajneeti (politics), nothing," he said.

But experts also told UNB that Mithunda would be an ideal CM candidate for BJP as he was a Trinamool Congress parliamentarian in the past. "His induction into BJP will also help the party exploit his 'star power' and larger appeal, given that Trinamool Congress has been roping in many Bengali actors of late," said Rita Niyogi, a retired professor.

On January 2, Saurav was rushed to a leading private hospital in state capital Kolkata after he complained of acute chest pain and dizziness while working out at a gym. Later that day, he underwent angioplasty after three tiny blockages were detected in his coronary artery. Later that month, the Indian cricket board chief underwent another angioplasty surgery.

In fact, in December last year, rumours spread like wildfire about Saurav's entry into Bengal politics after Dada's meeting with West Bengal Governor Jagdeep Dhankhar in Kolkata. The Indian cricket board chief, however, later cleared the air about him joining politics: "If the Governor wants to meet you, you have to meet him. So let us keep it like that."

"BJP has no doubt scored many defections from the Trinamool Congress, led by firebrand woman Chief Minister Mamata Bannerjee, but it's desperately looking for a CM face in West Bengal. RSS, which is campaigning in the state ahead of the assembly elections, is more worried about the party's poll prospects. So, Mithunda would be a good bet,"  Niyogi said.

Born in Barisal (now in Bangladesh) and brought up in Bengal, Mithunda made his acting debut with the art house drama Mrigayaa in 1976, for which he won his first National Film Award for Best Actor. He was nicknamed the "dancing star" of Bollywood after he played Jimmy in the 1982 film Disco Dancer, a commercially successful film in India and Russia.

He later won two more National Film Awards for his performances in Tahader Katha (1992) and Swami Vivekananda (1998). He has acted in a total of 350 films in his 45-year career.
Apart from Bollywood, the veteran actor has appeared in regional language films, including Bengali, Hindi, Odia, Bhojpuri, Tamil, Telugu, Kannada, and Punjabi.

Mithunda's name also figures in the Limca Book of Records (the Indian equivalent to the Guinness Book of World Records) for 19 movie releases as lead actor in 1989 and that record still remains unbroken in Bollywood. He also owns Monarch Group, a holding company with interests in the hospitality and educational sectors.