Winners of “What Liberation means to me” writing competition announced 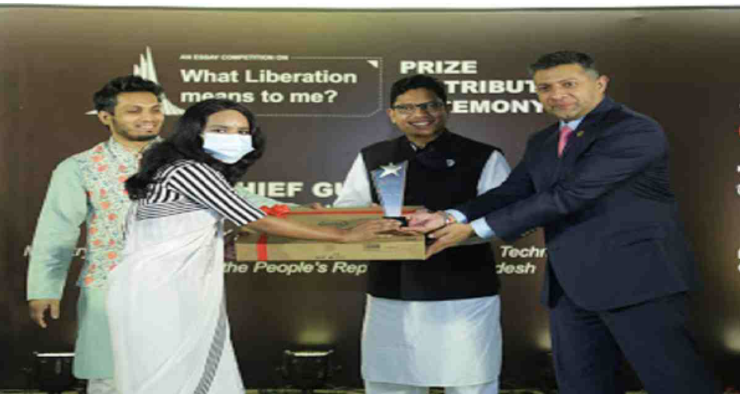 Winners of essay writing competition titled "What Liberation Means to Me?” have been announced and awarded.

Champions of each category were awarded with laptops, the first and second runner up received Tabs.

Other winners received a smartphone, along with a crest, certificate and book. The top essays from each category will be published in “Bharat Bichitra” magazine.

The competition received over 1050 submissions from across the country and abroad.

The competition was organized jointly by High Commission of India, Dhaka and Youth Opportunities.

The prize giving ceremony was held on Monday at the High Commission of India, Dhaka.

The Daily Star and DBC News were the Media Partners of the competition, and Prothom Alo Bondhushava was the community partner.

The aim of the competition was to give Bangladeshi youth a platform to show their creativity and share their own understanding and meaning of “Liberation”.

The competition received submissions under two categories - Bangla and English.