5 held with 54kg cannabis in capital 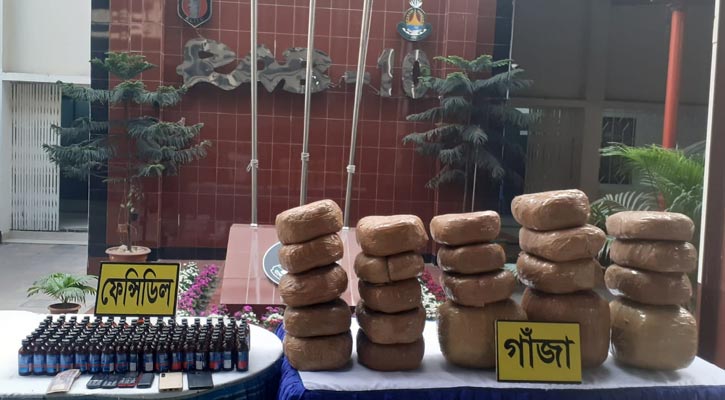 He said on the basis of secret information, a team of RAB-10 raided at Sayedabad bus terminal at 5.30 am and arrested them along with 54 kg of cannabis and 130 bottles of Phensidyl.

He also added that a case has been filed against the arrestees with Jatrabari Police Station.