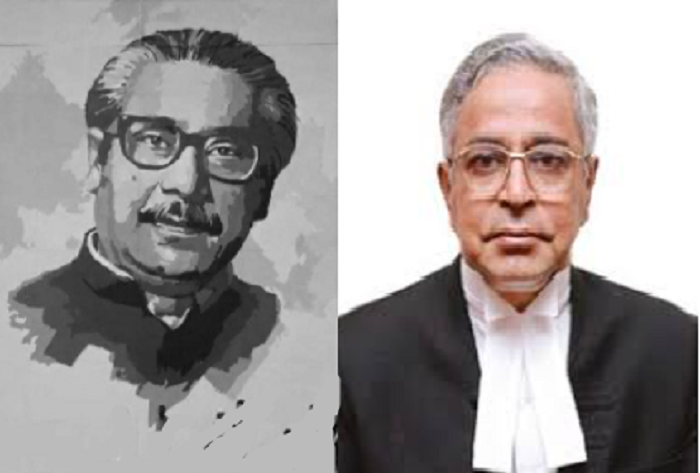 The Judges Committee led by the Chief Justice paid homage by placing a wreath at the portrait of Bangabandhu at the old prison.

At this time, they prayed for the eternal peace of the soul of Bangabandhu and his martyred family members. They also visited all the rooms where Bangabandhu was imprisoned.

Later, they visited the Bangabandhu Museum situated in the old jail.

The committee members also paid tribute to the four national leaders by laying wreaths at their portraits, and visited the detention cells.