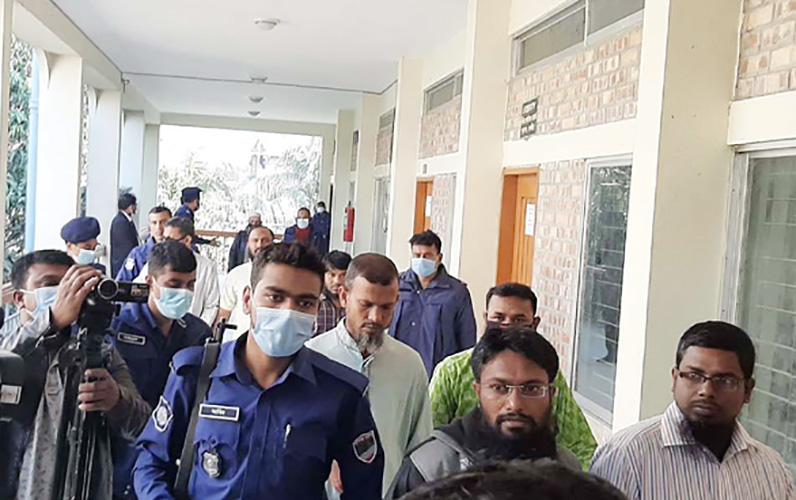 A Satkhira court has jailed 17 people for varying terms in five cases filed over series bomb blasts by JMB at five places of the city on August 17, 2005.

The court of Additional District and Session Judge Shariful Islam announced the verdict in presence of 14 accused on Wednesday noon.

Three of the convicts are absconding.

The court sentenced eight of them to 13 years in jail and nine others to different terms.

It also acquitted one of the accused, while another had died in 2018.

The court, however, has acquitted the 23 accused in the case filed by Golam Mohammad in 2007.