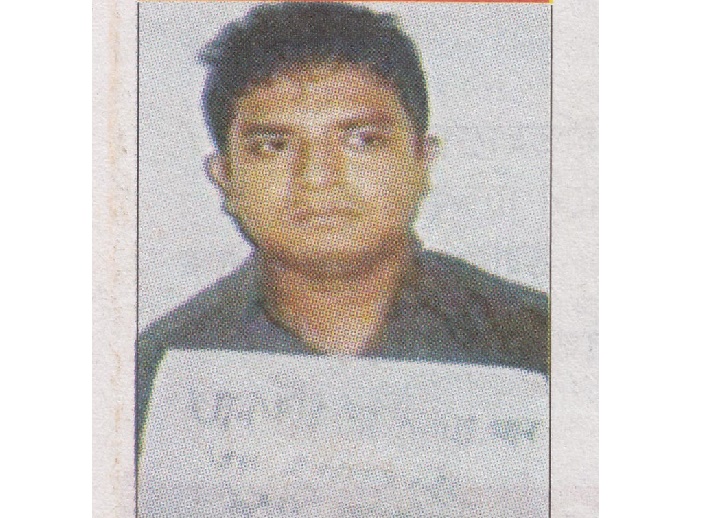 Different intelligence agencies have started an investigation against Sami, one of the main characters in Al Jazeera’s documentary that was aired to tarnish the image of Bangladesh Army and the government.

Investigators have found evidence that Sami was involved in cheating and many other crimes.

Sami disguised himself as Tanvir Sadat, Sayer Zulkarnain or Zulkarnain Sayer Khan for committing various crimes, but his real name is Samiul Ahmed Khan, they said.

Samiul Ahmed Khan is the eldest among four children of Lt Col (retd) Abdul Baset Khan. Samiul was declared persona non grata in cantonments for his involvement in different crimes.

After losing his mother in his early age, Samiul was involved in fraudulence, theft and many other crimes.

He changed his name to ‘Tanvir Mohammad Sadat Khan’ for committing crimes.

The investigators said Sami was arrested by Rapid Action Battalion in 2006 as he committed a financial fraud by introducing himself as an RAB officer.

He is also one of the accused in a case filed under the Digital Security Act in May last on charges of spreading rumours and propaganda.

Samiul Ahmed Khan chose a new name ‘Sayer Zulkarnain’ when he was involved in the world of drugs and he has links with extremists in the hilly region for several years.

Meanwhile, many of his classmates and friends are unmasking Samiul through social media over the Al Jazeera report.

One of them is Saif M Ishtiaq Hossain, a classmate of Sami at Ispahani School. On February 2, he gave a big status to Sami’s family-school and subsequent activities. The same day, another classmate, Sharif Arefin, shared his experience about Sami in a status on Facebook.

Groomed with crimes in childhood: Samiul Ahmed Khan is the eldest among four children of Lt Col (retd) Abdul Baset Khan . Although he was born in 1984, his date of birth was October 8, 1986. He lost his mother at the age of 14. Two years later, his father got married for the second time. Since then, Sami has stepped into the criminal underworld. After being expelled from the cadet college, he was admitted to Ispahani School in Cumilla. At the age of 16, he was involved in various crimes, including drug abuse and harassment of girls.

Banned from his entry into cantonment since adolescence: Sami started stealing when he was teenaged. On January 30, 2000, Sami was caught for stealing a tracksuit brought by Major Wadud from abroad.

He stole ivory from tiger officers mess in July 2000 and he was caught after it was sold to Angana Jewelers in New Market, Chattogram.

Due to his father’s job, he sometimes introduced himself as a second lieutenant in the army and a captain.

He entered Dhaka Cantonment on 28 and 29 April in 2001, introducing himself as a second lieutenant. He bought a belt, boots and rank uniform to prove himself a second lieutenant to his USA expatriate friend Utpal. After wearing the army uniform from Utpal’s house, Sami hired a taxi cab and went to cantonment, Prothom Alo newspaper Office, Rapa Plaza and Zoo and later apprehended by the Military Police (MP) around 2:00pm while entering CMH through Jahangir Gate.

Two days later, on May 2, he was released from the Army MP's desk on his father's promise.

His fraud in name of RAB and arrest: On July 20, 2006, introducing himself as an RAB officer, he bought a mobile phone worth Tk 9,90,000 from AJ Telecommunication in Farmgate in the capital and gave a fake cheque. Similarly, he bought two laptops from a computer firm called Price Club and bought two laptops with a cheque, saying that he would check the quality of the two laptops. When the cheque was dishonored, RAB-1 arrested him on the basis of the complaint.

After this incident, Sami was declared persona non grata in all cantonments and offices. His father disowned him. His father was killed in a tragic road accident on July 23 in 2006.

His many marriages and women scandals: Introducing himself as Army officer, Sami married an army officer’s daughter without informing them of his first wife.

Sami was accused of embezzling crores of taka from people in the name of issuing US visas as he introduced himself as a US embassy security official with a broken VHF (Walky-talky) antenna.

Sami also took money from many people in the name of business. He was involved with BNP politics after starting a restaurant business in Hungary with the help of his father-in-law. Still many people are looking for Sami as he misappropriated huge money from them.

Case for rumours and propaganda: Last year, Sami was one of the accused by the Cyber Crime Unit for creating instability by spreading various rumours online, including harsh and offensive propaganda about the Father of the Nation, Sheikh Hasina and the Liberation War, and coronavirus.

Detectives searched the laptops and mobile phones of the accused and found evidence of the involvement of 11 people from the ‘We Are Bangladeshi’ facebook page.

Following this, a case was filed against 11 people, including Tasneem Khalil and Sami, under the Digital Security Act in May 2020. Another propagandist, David Bergman, wrote a column in protest against the case.

Several intelligence officials, who did not want to be named, said the fictional documentary was broadcast, aiming at tarnishing the image of Bangladesh’s military and government abroad.

At the same time, there is nothing left to understand the purpose of making this documentary by Al Jazeera with controversial people who are involved in deception.