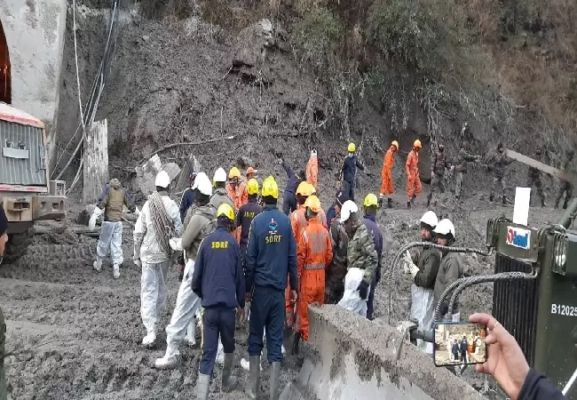 As many as 15 people have been rescued so far while 14 bodies have been recovered from different locations following the glacier burst in the Chamoli district of Indian Uttarakhand, said Chamoli Police on Monday.

“Relief and rescue operations are continuing for those who are stranded in the tunnel. Efforts are being made to open the way by reaching inside the tunnel with the help of JCB. So far, a total of 15 persons have been rescued and 14 bodies have been recovered from different places,” the police tweeted.

Meanwhile, the State Disaster Response Force (SDRF) on Monday removed the debris and slush at the tunnel near Tapovan dam, following the glacier burst which led to heavy flooding in Dhauliganga and Alaknanda rivers.

Indo-Tibetan Border Police, Indian Army, the SDRF and National Disaster Response Force (NDRF) forces are engaged in the retrieval in the affected areas.

Uttarakhand Chief Minister Trivendra Singh Rawat said only experts can tell the reason behind the glacier outburst, adding the government is focusing on saving the lives of people and the rescue operation.