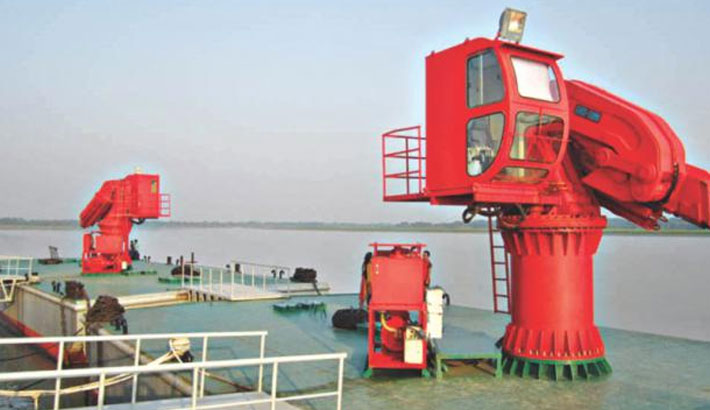 Both the cost and time of a project to construct the first terminal and necessary facilities at Payra Seaport are set to go up amid slow progress of the important scheme.

The Ministry of Shipping has proposed the revision to the project, seeking a cost hike by Tk 5.35 billion or 13.43 per cent and an extension of time by one and half years, said sources at the Planning Commission.

In favour of its proposal, the ministry argued that it would require more money and time to accommodate revised designs of some existing components.

The project was lunched in early November 2018 with an expectation to end by December this year at an estimated cost of Tk 39.82 billion.

Of the money, only Tk 2.29 billion or 5.74 per cent was spent up to June last year to achieve 6.5 per cent physical progress.

Even through, it was proposed that the project cost is raised to Tk 45.17 billion while the completion time extended to June 2023, according to the Planning Commission.

At the implementation stage, the cost of some components like construction of the jetty, the container terminal, a six-lane road, including a service lane, and a bridge over the Andarmanik River is going up.

The cost for constructing the jetty is rising by over Tk 433.9 million after its detailed design as its height and piling length have been raised while concrete piling is being replaced with steel one.

Similarly, the cost of the bridge is going up by over Tk 4.11 billion as its previous design has been changed to increase the total length from 1.05 kms to 1.78 kms while the piling work is also being increased.

“The Planning Commission has recommended that the Executive Committee of the National Economic Council (Ecnec) approves the project as it will contribute to improving the jetty and container terminal of the port with improved regional connectivity and trade alongside improving communications with the southern port,” said commission Member Md Mamun-Al-Rashid.

Payra started its journey in November 2016 as the country’s third seaport. It has been going through short, mid and long term development plans.

Under the short-term plan, the outer anchorage facility for clinker, fertiliser and other bulk carriers is being created to help domestic carrying of items with smaller vessels.