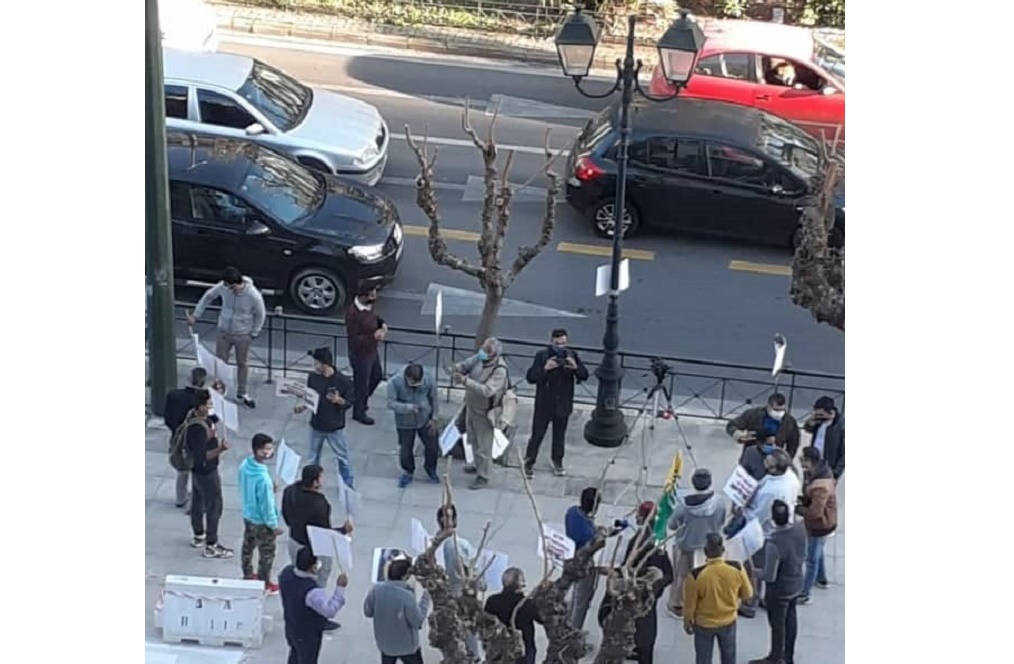 At 16:00 on Friday, Pakistanis protested in front of the Indian Embassy in Athens in relation to the Kashmir issue.

The Pakistani Community of Greece continues to propagate for Kashmir and protest against India at their embassy.

The protest comes in defiance of COVID-19 restrictions in Greece.

Under essential obligatory health rules, an SMS (text messages) to authorities must be made before leaving home for very specific reasons, such as working, shopping or banking.

Protests do not fall under reasons for leaving home.

India and Pakistan have fought two wars over Kashmir as the latter attempts to annex the region from Indian sovereignty.

In this effort to steal Indian territory, Pakistan since the 1940’s has supported terrorism in Kashmir to destabilise the Indian state, resulting in the deaths of tens of thousands of people.

Line of Control that separates Indian and Pakistani controlled areas of the region.

Turkey has aggressively supported Pakistan in its bid to steal Indian territory, causing major issues in the bilateral relations between New Delhi and Ankara.