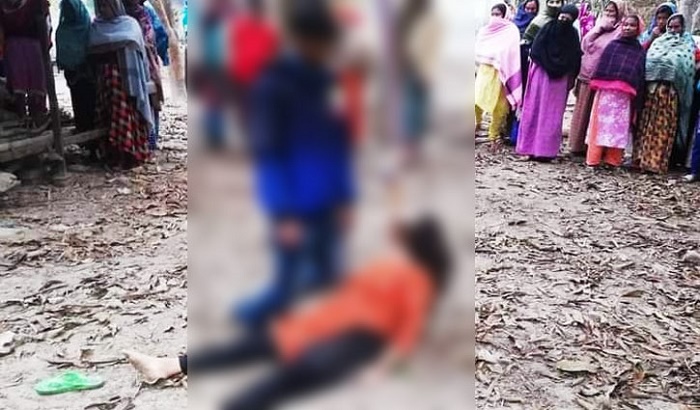 Police recovered the bodies of a man and a woman hanging on the same rope at Shreepotipur village in Kalaroa upazila of Satkhira on Sunday morning.

The deceased were identified as Fatema Begum, 40, wife of Sheikh Ahsan, hailing from Koyla union on the upazila and Karim Par, 30, son of Joynal Par, from Dhumghat Dakshinpara in Shyamnagar upazila.

The law enforcers recovered the hanging bodies of the victims from a mango tree in the area this morning on information.

“We don’t know whether the young couple committed suicide or were murdered by a third party. We are collecting information from people who were close to them to know the depth of the incident,” said Mir Khairul Kabir, officer-in-charge (OC) of Kalaroa police station.

Police recovered the bodies and sent them to the Satkhira Sadar Hospital morgue for autopsies,” added the OC.