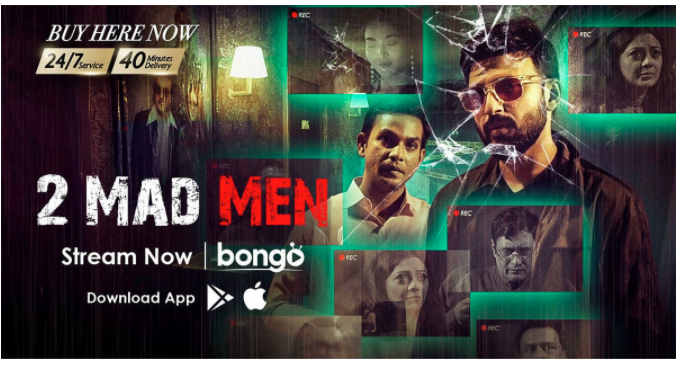 Bongo, the first and largest video streaming platform of the country, on Friday released its new horror series "2 Mad Men."

The new series portrays a horror story with a narrative saying: "Have you ever been in an empty office and felt like someone was watching you? For some that horrific sensation is never-ending."

"At this haunted office, no one will dare stay after it gets dark. Only the '2 Mad Men' can explain this persistent haunting."

"I believe people will love this newly added genre – horror."

Viewers can watch the series on Bongo through Bongo's iOS or Android app, website and Android TV app.