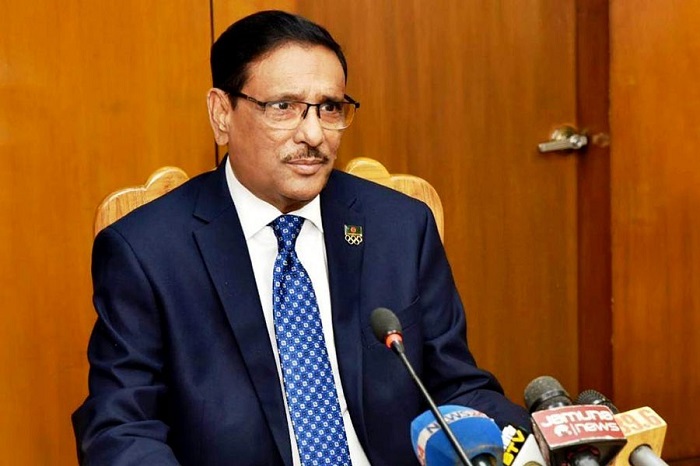 Noting that anti-democracy and anti-development forces are still active abroad, Awami League General Secretary Obaidul Quader urged all to remain united to strengthen the hands of Prime Minister Sheikh Hasina to deal with the evil forces.

“The anti-democracy and anti-development evil forces are still active abroad and that’s why all must be united to strengthen the hands of Sheikh Hasina to deal with this evil power,” he told a press conference on contemporary affairs at his official residence here.

Quader, also the road transport and bridges minister, said the undemocratic behaviour of BNP and its politics of conspiracy are the main impediment to the country’s democracy.

He said Bangladesh has moved up four notches on the latest Democracy Index 2020 of the Economist Intelligence Unit (EIU) while the scope of democracy has minimised in different parts of the world due to the coronavirus epidemic.

“This democratic progress of Bangladesh is a global recognition of the Sheikh Hasina’s government in advancing the progress of democracy,” the AL general secretary said.

Mentioning that the role of the opposition party is also very important in the country’s democratic advancement, Quader said BNP often says that the government wants to make the country opposition-free.

In fact, he said, the people want to see the BNP as a responsible and stronger opposition party.

Responding to a remark of Fakhrul, he said everything that is anti-people and harmful to the country’s politics was introduced by the BNP.

Quader asked the authorities concerned to take steps to form AL organisational committees at district, upazila and union levels where the committees have already expired.