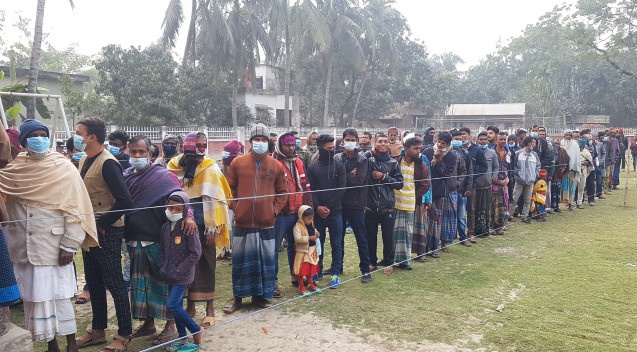 Balloting at 62 municipalities in the third phase elections began on Saturday morning and ended amid reports of clashes, vote-rigging, polling centre domination, and boycotts by BNP candidates.

Voting started at 8am and ended at 4pm on the day.

The rest municipalities are Golapganj and Jakiganj in Sylhet, Moulvibazar, Hajiganj in Chandpur, Barua, Chauddagram and Feni, Hatia and Chowmuhani in Noakhali and Ramganj in Lakshmipur.

Three people were shot and 20 others were injured in Lakshmipur’s Ramganj municipality polls violence.