UP Sunni board finally starts rebuilding of Babri mosque in Ayodhya 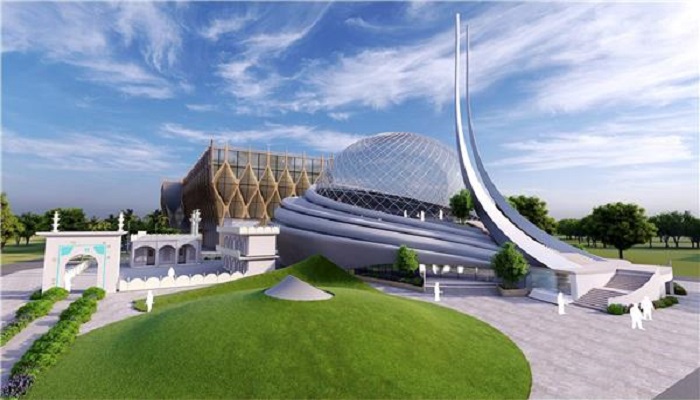 The Uttar Pradesh Sunni Central Waqf Board (UPSCWB) has formally launched rebuilding of Babri  mosque on the allocated five-acres of land at Dhannipur village of Ayodhya.

The proposed mosque is 25 km off Ram janmobhumi where RAM temple is being built. The project kicks off exactly six months after Sunni Waqf Board constituted the mosque trust –Indo-Islamic Cultural Foundation following the 2019 Supreme Court verdict that mandated construction of a temple at Ram janmobhumi and a mosque in the district.

Disposing off the case, the apex court, on November 9, 2019, paved the way for construction of Ram temple at the disputed site.

“I believe there is no better way than to start the project by planting saplings on the five-acre land. The plantation was carried out in the area of the project meant to be developed as a green area. The area will have plants and trees from all different geographical regions of India and from different parts of the world in order to create awareness about the imminent threat of climate change,” said Athar Hussain, spokesperson for Indo-Islamic Cultural Foundation (IICF) which has been set up by UPSCWB to look after the construction of the Dhannipur project.

Senior members of the board along with the members of the IICF hoisted the flag at 8.30 am on the 5 acres of land in Dhannipur village. The flag hoisting was followed by plantation drive with members and trustees of IICF planting saplings.

On December 19, the trust had released the blueprint of the mosque and other structures designed by Professor SM Akhtar, a Lucknow-based architect and town planner. The trust hired him to design the mosque that would come up in Dhannipur in place of the Babri Masjid demolished in 1992.

Akhtar is the founder dean of the Faculty of Architecture at Jamia Millia University in Delhi.