Bangladesh moves up at No.2 in WC Super League standings 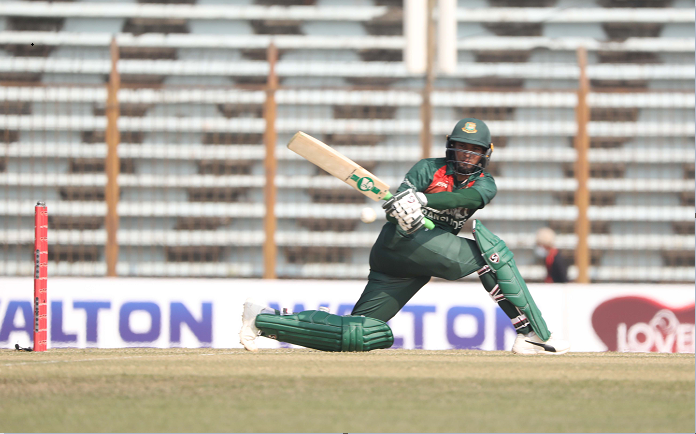 Bangladesh moved up to the second position behind Australia in the World Cup Super League standings, following their 3-0 series sweep over West Indies.

After winning the first two matches by six and seven wickets respectively, Bangladesh crushed West Indies by 120 runs in the third and final ODI at Zahur Ahmed Chowdhury Stadium in Chattogram.

By winning all these three matches, Bangladesh amassed 30 points, the same as England but they leapfrogged them in terms of net-run-rate. Australia is in the top with 40 points.

The series against West Indies however, was Bangladesh’s first series in the ICC World Cup Super League. They will play seven more series ahead of the 2023 World Cup at home and away.

Introduced last year to add context to ODI cricket, the Super League sees each side play four home and four away three-match series.

The tournament features the 12 ICC Full Members and the Netherlands, who qualified by winning the ICC World Cricket League Championship 2015-17. Teams get 10 points for a win, five for an abandonment/tie/no result and none for a loss, and ranked according to total points earned.

The sides failing to qualify directly get a second shot through the Men’s Cricket World Cup Qualifier to be played in June and July of 2023.

Bangladesh now will host Sri Lanka, England and Afghanistan while they will play away series in New Zealand, South Africa, Zimbabwe and Ireland. Those series are part of the ICC ODI Super League and will determine whether they can make direct entry to the 2023 World Cup in India.