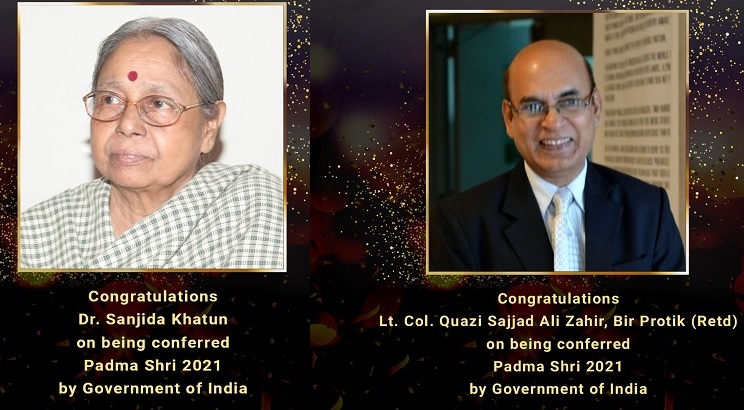 Ahead of the 72nd Republic Day, names of awardees, who will be conferred with the Padma Shri Awards, including two eminent personalities of Bangladesh, have been announced by the government of India on Monday.

Padma Shri Award is one of the highest civilian Awards of India.

The Padma Awards, including Padma Vibhushan, Padma Bhushan and Padma Shri, are amongst the highest civilian awards of India. Instituted in 1954, these Awards are announced on the occasion of the Republic Day every year.

The award seeks to recognize ‘work of distinction’ and is given for distinguished and exceptional service in fields including art, literature and education, sports, medicine, social work, science and engineering, public affairs, civil service, trade and industry.