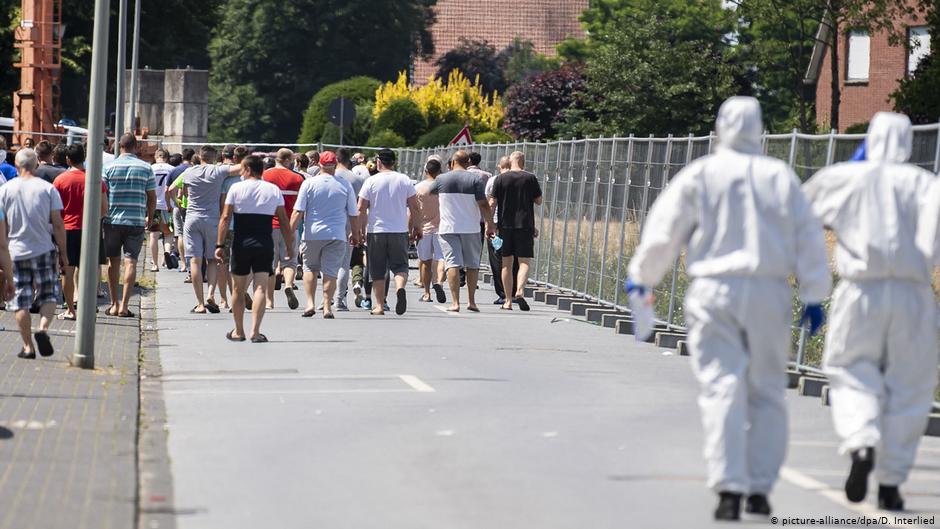 More than 99 million people have been infected with Covid-19 across the world, according to Johns Hopkins University (JHU).

The US – the world’s worst-hit country – crossed the grim milestone of 20 million cases on New Year’s Day.

Brazil registered 592 deaths from COVID-19 in the past 24 hours, bringing the national death toll to 217,037 – the second-highest death toll in the world- the country's Ministry of Health said Sunday.

Brazil's outbreak is the third-largest in the world, after the United States and India. The country is experiencing a second wave of COVID-19, with cases and deaths on the rise since December.

The United Kingdom has been another raging hotspot for the pandemic over the winter, and the country now stands poised to become the first country in Europe, and only the fifth overall (after the USA, Brazil, India and Mexico), to reach 100,000 fatalities - despite a population (66 million) that is almost half that of the smallest among the other four (Mexico with a population of 127 million).

Apart from the high morbidity, the UK has also been in the news throughout the winter for the identification of a new variant of the virus, which came to be known as the UK Variant, and is now the most common form of the virus, or dominant strain, in England and Northern Ireland, and has spread to more than 50 other countries.

While it was established quite early on that it is a more infectious form of the virus, transmitting more easily from person to person, this week it was revealed that it may even be deadlier than the original.

British Prime Minister Boris Johnson told a Downing Street briefing: "In addition to spreading more quickly, it also now appears that there is some evidence that the new variant - the variant that was first identified in London and the south east - may be associated with a higher degree of mortality."

Apart from the UK variant, strains emerging out of Brazil and South Africa are also causing headaches to policymakers, and causing governments to consider reimposing travel bans to or from those countries.

New US President Joe Biden will reinstate a re-entry ban on nearly all non-US travelers trying to come into the country from the United Kingdom, Ireland, 26 other European countries and Brazil — and impose a new ban on travel from South Africa, a report said Sunday.