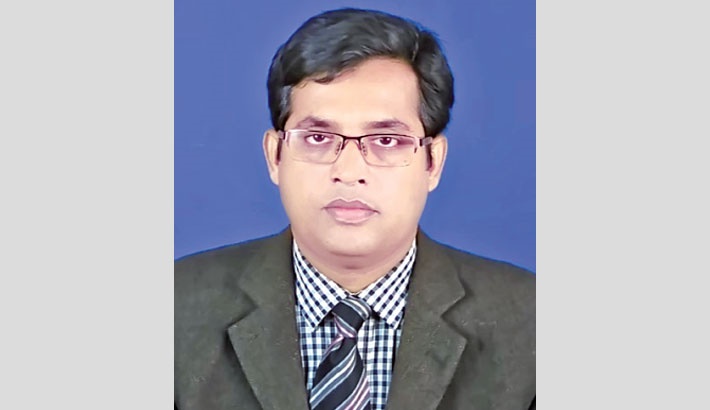 Like the whole world, the people and the government of Bangladesh have been passing through the worst ever time of the century due to the catastrophic effect of Covid-19 pandemic. In the most challenging time of the history when the citizens and the government should help each other overcome the pandemic triggered devastation, a group of rumour-mongers is trying to disseminate detrimental information about the government's credibility.

From the onset of the pandemic, different groups of rumour-mongers and their political masters have been spreading various rumours on social and print media. Their main intention was to create a sense of outrage within the country's populace with the expectation that the citizens would come on the street against the government through the dissemination of misleading information. During the early days of the pandemic, numerous stories concerning the government's inability to contain the destruction of the Covid-19 pandemic related to economics and heath were circulated by these groups. However, they could not succeed in influencing the citizens due to credible leadership of the government who could manage to contain the spread of the lethal virus in the country. Therefore, we did not experience as much devastation as different corners predicted during the first phase of the contamination of the Covid-19.

When the government's health department started to manage the health-related catastrophe effectively, these groups spread different imaginary information about the collapse of health services. The health department indeed struggled a bit during the early days of the pandemic, and they should have taken extra precautions while making predictions about the pandemic's effect. It does not mean that they completely failed to control the situation. The government offered free Covid-19 testing services to the citizens during the early days of the pandemic. They subsequently levied a very nominal fee on the testing that remained within the capacity of the majority of the countrymen. The rumour-mongers also spread different rumours on the availability of the PPEs, facemasks, hand sanitizers and other equipment required to face the pandemic challenges. However, they failed to materialize their dream of dragging the government into a wonky situation spreading fake news and rumours.

When the government worked hard to assist the needy people during the extended public holidays, these groups of rumour-mongers spread different rumours about misappropriation of various government services. There might be a few misappropriation cases; it does not mean the government could not provide services to the people in need. Different government initiatives to support the vulnerable people, including direct cash transfer, were highly appreciated by different corners of society. They even spread various rumours when the government decided to reopen offices, garments, transports and industries. These groups even spread fake news and rumours when the government started implementing an incentive package worthy of TK. 120,000 crore to save the economy from the devastating effect of the lethal virus. The encouraging fact is that the people of Bangladesh did not accept these rumours.

However, they started dispersing speculations again when the Indian government imposed a ban on the export of vaccine by Serum abroad before meeting their domestic demands.  Soon they picked the issue and circulated stories saying that, unless they vaccinated their people, India would not send us a single vaccine. Even some of the mainstream media backers joined with these rumour-mongers to publish fake information in this line. However, they again became disheartened with the declaration of statements of Indian Foreign Secretary and the Executive of the Serum Institute where they mentioned that Bangladesh would receive their vaccines following the provision of the contract. Accordingly, the Department of Health Directorate has confirmed that they expect to receive the first 5 million doses of vaccine by 25th of January. By now, they have taken preparation to commence the vaccination process from the first week of February. Therefore, the vaccination is not a dream today, rather a reality for the people of Bangladesh.

In line with the rumour-mongers, a mainstream media has published a fabricated report on the cost of developing a mobile app to be used to register the countrymen for the vaccination. This is unfortunate to see this newspaper publish such news that has no validity. The countrymen do not expect such misleading news to be published in a reputed newspaper. Along with the rumour-mongers and some media outlets, the opposition political parties have remained very busy airing other fake news to defame the government. Unfortunately, they could not manage to motivate people across the sections.

It is pathetic to think that when the country is passing through the most challenging time of the century, a group of rumour-mongers and their political masters have been trying to fish in troubled waters by defaming the government's credibility propagating different rumours. We are quite lucky that Sheikh Hasina has been handling these issues with her mature leadership. Sheikh Hasina has successfully fought Covid-19's health-related crisis and kept the momentum of the economy in tack. Simultaneously, she has slapped in the face of these rumour-mongers through her mature leadership. Therefore, I urge the countrymen not to believe in these rumours, and to keep trust in the government that is working desperately to save the country from this century's worst pandemic.