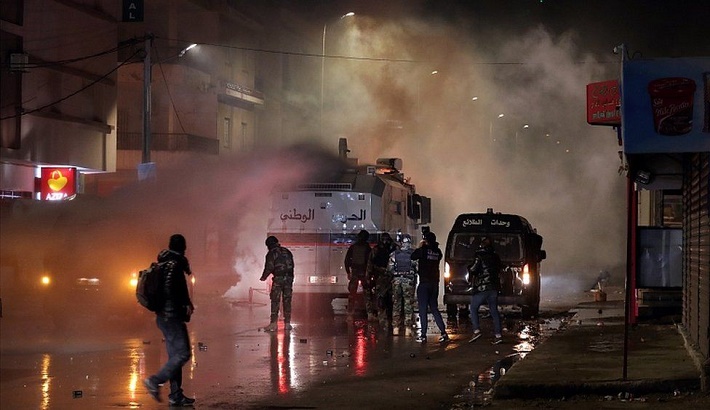 Police in Tunisia say they have arrested more than 600 people as a fourth night of violent protests saw protesters return to the streets.

On Monday, crowds of mainly young demonstrators again gathered in the centre of the capital, Tunis, throwing stones and petrol bombs at police.

Tunisia faces severe economic problems and a third of its young people are unemployed.

The economic crisis has worsened under the pandemic.

The latest unrest comes almost exactly 10 years since the Tunisian revolution ushered in democracy and triggered the Arab Spring revolts across the region. However, hopes that this would bring more jobs and opportunities have been disappointed.

Outside Tunis, clashes were reported on Monday in the cities of Kasserine, Gafsa, Sousse and Monastir.

The clashes took place mainly in densely populated and under-privileged areas where the relationship between young people and the police is historically tense, the BBC's Rana Jawad in Tunis reports.

The economy shrank by 9pc in 2020 and consumer prices have risen sharply.

Tunisia's key tourism industry has been particularly badly hit by the pandemic.