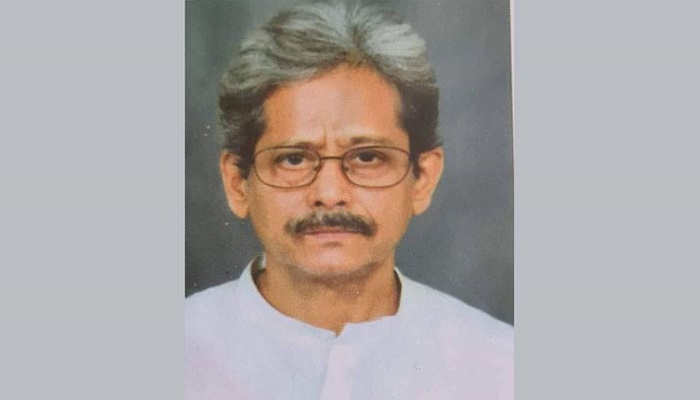 Kashinath Roy, a retired Professor of Dhaka University’s English department, has passed away at the age of 73.

The professor breathed his last at Square Hospitals this morning around 7:00am after suffering from old-age complications for days, chairperson of DU English department Professor Nevin Farida informed, reports BSS.

Kashinath Roy is survived by his son, relatives, students and a host of well-wishers to mourn his death. The professor was cremated at a crematory in the capital this afternoon.

In a condolence message, Dhaka University (DU) Vice Chancellor Professor Akhtaruzzaman expressed deep shock and sorrow at the death of the late Professor.

Professor Kashinath Roy was born in Natore on November 30, 1947. He completed his graduation and post graduation on English at Dhaka University after SSC and HSC from Pabna Zilla School and Edward College respectively.

He also taught English at Jahangirnagar University and Eastern University.

He has a number of academic publications which include including ‘A Letter to “His High Seriousness, The Right Honourable Editor of Form’ and ‘Truth is double’: Ishwar Chandra Bidyasagar and Planning for a Bengali Education’.

Besides, he also wrote some books and contributed to some others which include English-Bangali Dictionary, poetry ‘Jibanananda Dekhun’ and ‘Ami jaha Dite Pari’.