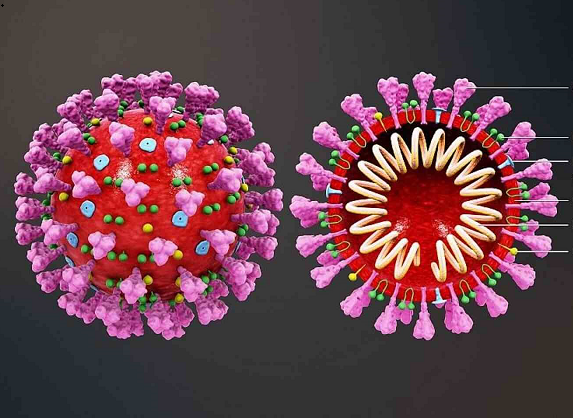 New, more contagious variants of the coronavirus will likely accelerate the spread of the virus and that means the US must double down on efforts to protect people, the US Centers for Disease Control and Prevention said Friday.

A variant first identified in Britain known as B.1.1.7 is being found in the US as well, and modeling indicates it could worsen the already terrible spread of the virus across the country, the CDC researchers said.

That means people need to try harder to wear masks, avoid gatherings and stay socially distant from one another.

"It means that it is going to be harder and harder to control it. Any of those measures we are going to have to do to a higher degree, including vaccination," Dr. Gregory Armstrong, who directs the Office of Advanced Molecular Detection at CDC's respiratory diseases division, told CNN.

"Multiple lines of evidence indicate that B.1.1.7 is more efficiently transmitted than are other SARS-CoV-2 variants," Armstrong and colleagues wrote in the agency's weekly report, the MMWR.

"Variant B.1.1.7 has the potential to increase the U.S. pandemic trajectory in the coming months."
Efforts to vaccinate people -- already slower than the federal government hoped for and promised -- need to be stepped up, CDC said.

The B.1.1.7 variant appears to more readily infect human cells, which would help it infect more people.
It has been detected in about a dozen US states, but the CDC also knows that surveillance is poor and it is likely far more common than that. It is also possible that the pattern of mutations that makes the virus more transmissible is arising independently as it circulates in people, because the more people are infected, the more chances the virus has to mutate.

The CDC team ran an experimental model to see what might happen in the near future. It's not known how much more transmissible B.1.1.7 is, and it's also not known how much immunity there already is in the US population because of previous infections, so the team made some assumptions. In one scenario, the new variant is 50% more infectious than currently dominant variants circulating.

"In this model, B.1.1.7 prevalence is initially low, yet because it is more transmissible than are current variants, it exhibits rapid growth in early 2021, becoming the predominant variant in March," the CDC team wrote.

"If this behaves like it has so far in the UK, Denmark and Ireland, yes it is going to become a progressively larger and larger proportion of all the cases out there no matter what we do," Armstrong said.

The new variant does not seem to result in higher rates of hospitalization or higher rates of death, he noted.
"While there is a high probability that this is going to become a larger and larger proportion of all cases, if we can get people to become more adherent to the recommended measures, the number of cases don't need to go up," Armstrong said.

Plus, the CDC needs to do more to keep an eye out for new variants, and for the appearance of this one.
"CDC has also contracted with several large commercial clinical laboratories to rapidly sequence tens of thousands of SARS-CoV-2-positive specimens each month and has funded seven academic institutions to conduct genomic surveillance in partnership with public health agencies, thereby adding substantially to the availability of timely genomic surveillance data from across the United States," the team wrote.

The CDC is also keeping an eye out for a variant first spotted in South Africa and now called B.1.351, plus one spotted among four travelers from Brazil when they landed in Japan, called B.1.1.28

"These variants carry a constellation of genetic mutations," the CDC team wrote.
The worries are that the virus could change in ways that would help it evade the immunity induced by vaccination, or the the immunity introduced with antibody-based treatments.

The new coronavirus vaccines are designed to be quick and easy to change to match new circulating strains, but a major change would mean people would need to be re-vaccinated.

It's also possible some of the changes could make the virus harder to detect in standard tests.

And the CDC is also worried that if the virus changes in just the right way, it could re-infect people who have recovered from coronavirus already. Influenza already does this.