‘A testimony of strong bilateral relations’ 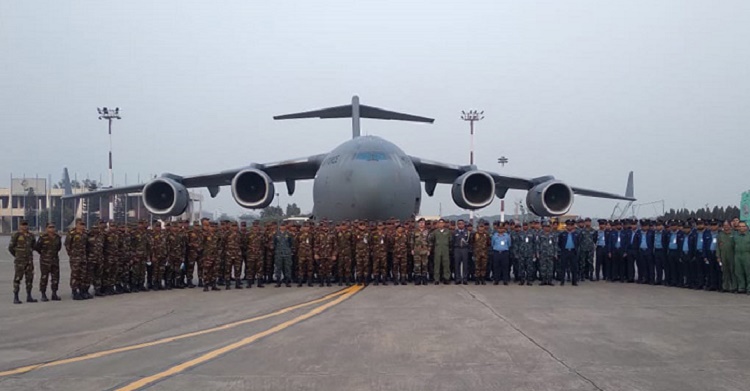 New Delhi: The participation of Bangladesh Armed Forces contingent in Indian Republic Day Parade on January 26 is a testimony of bilateral relation, which is forged in shared sacrifice for the liberation struggle of Bangladesh, India’s Official Spokesperson Anurag Srivastava has said.

He told this during a weekly briefing of the Ministry of External Affairs on Thursday in New Delhi.

A smart contingent, comprising 122 members of Bangladesh Army, Navy and Air Force reached New Delhi on Tuesday to participate for the first time in Republic Day of India on Rajpath on January 26.

The Indian spokesperson also said, “This year India and Bangladesh is celebrating 50th year of their diplomatic relations and the liberation struggle of ours. India is also celebrating 50th years of victory over Pakistani forces which also attacked India in westerns sector at the same time.”

He said soon the Indian government will announce details plan of celebration in consultation with Bangladesh.

Meanwhile, Bangladesh Foreign Secretary Masud Bin Momen is expected to pay a three-day visit to India from January 27. He will have Foreign Office Consultation with Indian meeting with his counterpart Harsh Vardhan Shringla.

The Bangladesh Foreign Secretary was scheduled to visit India in December, but it was postponed because of his indisposition.

Sources said the Foreign Secretaries of Bangladesh and India will discuss detail plan for a joint celebration of Bangladesh’s Liberation War in 1971 and finalise the programme schedules.

Masud Bin Momen is expected to call on Indian Prime Minister Narendra Modi and hand over the invitation letter from Bangladesh Prime Minister Sheikh Hasina for visiting Dhaka to celebrate the Independence Day of Bangladesh on March 26.

Diplomatic sources said Modi will pay a day-long visit to Bangladesh and the two countries are expected to sign several agreements to maintain the momentum of the bilateral ties which is beyond the strategic relationship.