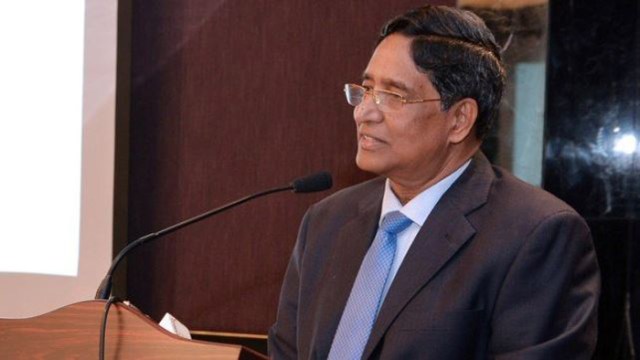 “Rising population and shrinking of agricultural land are our main challenge to maintain food security in future …so we have to make our production double by 2030,” he said in a review workshop at Bangladesh Rice Research Institute (BRRI) in Gazipur.

After the independence, Bangladesh once was a food deficit country with only 7.50 crore people, said the minister, adding that but now the country has become self-sufficient in food production where country’s population is over 16 crore.

“The contribution of BRRI’s scientists for innovating new high-yielding rice varieties were behind the success of achieving food sufficiency particularly after the independence, “he told the workshop arranged by BRRI.

He said, “every year more 22-23 lakh new faces are adding with our population and it is posing a threat on our future food security under the phenomenon of shrinking arable land every year. So we have to develop crop variety and technology to make production double,” he added.

Although the BRRI has developed more than hundred rice varieties, said the minister, but it [BRRI] has to take an integrated approach to make these varieties popular among the farmers by selecting some best innovated varieties developed in past times.

Even the scientists also have to develop some fine variety rice considering demand of growers and consumers as whole as the demand of coarse variety rice is reducing day by day, the minister told the workshop.

Lauding BRRI’s remarkable success during the regime of the present government, BRRI DG said “the institute has achieved a tremendous success particularly during the regime of Prime Minister Sheikh Hasina as BRRI has developed a total of 54 rice varieties and more than 200 technologies since 2009.”

BRRI so far developed a total of 105 rice varieties and 250 appropriate technologies.