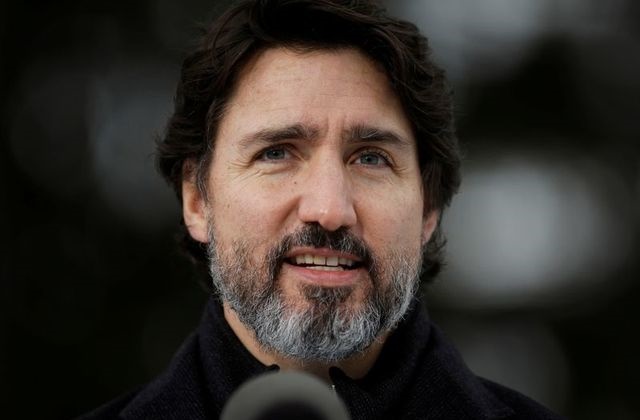 Former astronaut Marc Garneau shed his transport ministry responsibilities to take over as foreign minister from Francois-Philippe Champagne, who was reassigned to the post of industry minister.

The swearing-in ceremony lasted mere minutes and was held on Zoom due to strict Covid-19 restrictions on in-person gatherings.

Outgoing science and industry minister Navdeep Bains’s decision not to run in the next election, citing family reasons, precipitated the moves.

“It’s time for me to focus on the most important job of my life: being a dad,” Bains, in office since Trudeau’s Liberals swept to power in 2015, explained on Twitter.

The parliamentary secretary to the prime minister, Omar Alghabra, takes over at the transport ministry, where he will need to make urgent decisions on a possible bailout of Canada’s struggling airlines, and when to allow the Boeing 737 MAX to fly again in Canadian airspace after two deadly overseas crashes.

He also offers strong international diplomacy experience from handling Canada’s response to Iran’s accidental downing of a jetliner, which claimed the lives of dozens of Canadian nationals and permanent residents.

“Whether on Earth or in space, Marc has always represented Canada well,” Trudeau told a news conference.

The prime minister, who lost his majority in parliament in the 2019 election, has repeatedly told Canadians in recent months that a fresh ballot could be just around the corner.

But he insisted again on Tuesday that managing the pandemic was his government’s top priority, refuting local media reports that Liberal MPs have been told to prepare for an election in the spring.

“From the very beginning of any minority parliament, every political party understands that elections can happen,” he said. “But as I’ve been consistently saying, we don’t want an election.”

“We need to continue to work hard and focus on Canadians, on delivering supports, on keeping Canadians safe, on creating and continuing to deliver our strong plan that is going to bring the economy roaring back and make sure that Canadians get through this (pandemic) the right way,” he said.

“That’s our focus and I certainly hope to be able to work constructively in parliament this winter and spring, to be able to deliver those things for Canadians.”

Trudeau’s last cabinet shuffle was in August 2020, following finance minister Bill Morneau’s surprise resignation in the wake of ethics violations related to his ties to a charity that was tasked with doling out pandemic aid on behalf of the government.

The contract was cancelled after it was revealed that Morneau’s daughter worked for the WE Charity.