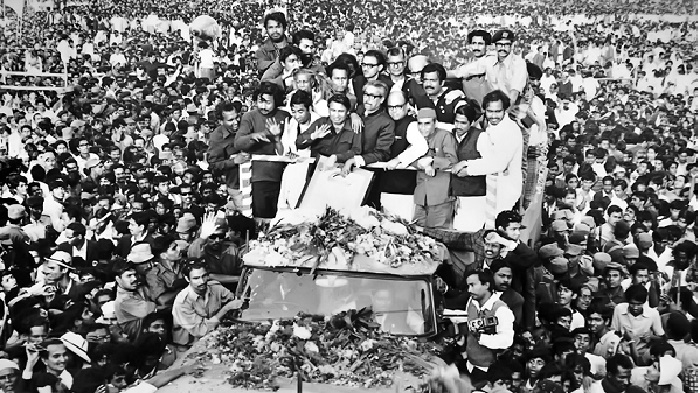 The lyrics were composed by Abidur Rahman and Sudhin Dasgupta composed the music. The AV features many rare footages of the return of the Father of the Nation and his leadership role in rebuilding the country and its diplomatic relations.