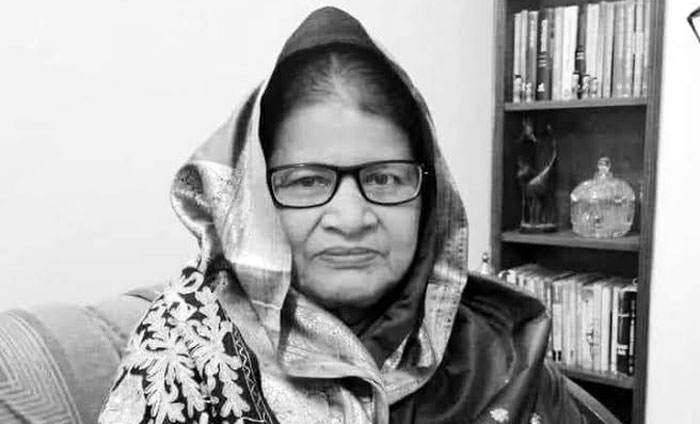 Raushan Ara, who was member of Rangpur district Awami League advisory council, breathed her last at her residence at Fatepur of the upazila around 4:30 am.

She left behind her two sons, two daughters and a host of well wishers to mourn her death.

He said Rawshan Ara Waheed was suffering from old age complication for long.

Her first Namaz-e-Janaza will be held at Pirganj Government High School ground at 3 pm today.

Her second Namaz-e-Janaza will be held at Joy Sadan ground on their house premises in Laldighee Fatehpur village after Asr prayers, Shamim said.

Later she will be buried at family graveyard in the village, he added.

In a joint condolence message, they prayed for eternal peace of the departed soul and conveyed deep sympathy to the bereaved family.