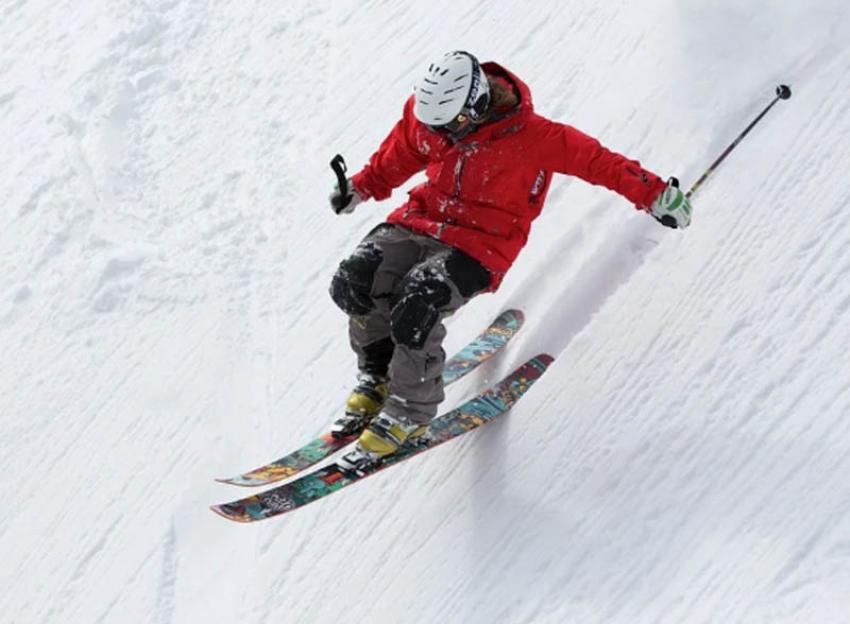 Shahid Rasool, a 29 year old ski instructor had to wind up his “The Himalayan Ski School” at Gulmarg in late February 2019 following the COVID scare.

Shahid, however, said that the timely snowfall this year has bought him business again.

“The last few years have been worse due to different reasons. The article 370 abrogation affected the business and later in 2020 everything was under lockdown due to COVID. We were not hoping much this year as well since COVID is still with us and international travel is affected,” Shahid said.

“But fortunately the flow of tourists has been great. I can say that it is for the first time in the last 5 or 6 years that there has been a huge flow of ski enthusiasts and other visitors here. This has been despite negligible tourism from foreign countries,” he added.

“We have around 20 people associated with our ski school. These include instructors, helpers, cab drivers, etc. It is after years that we are now catering to half a dozen ski groups per day, which is a good number. The snowfall has bought our ski schools to life and people are earning livelihood after years of business slump,” he said.

In Gulmarg there are scores of skiing schools which directly or indirectly serve as a source of income to the locals. Another ski instructor said that they had to add to their staff following the flow of tourists from across Indian states.

“You can understand how transporters had been hit due to the situation in 2019 and due to COVID. We had bought our vehicles on bank loans and were unable to earn. Thanks to Almighty that the business is picking up and Gulmarg is getting back its buzz,” said Abid Ahmed, a cab operator.

As the tourists made their return and the flow increased at Christmas and New Year, the hotels in Gulmarg were all sold out. The hotel owners said that after a long time they had seen advance bookings.

“In most of the hotels you will hardly find any space, there are bookings for the whole month of January. Some high-end hotels are booked for next month too. Although there are almost no international tourists, the flow of tourists from other states of India is growing and locals are also visiting in huge numbers,” said Shabir Ahmed, who is working in a hotel. Earlier, the government held various programs in Gulmarg on Christmas and New Year occasions in order to woo the tourists.

The tourism players say that with people still reluctant to travel abroad a place like Gulmarg and others in Kashmir have been attracting tourists from across all Indian states.