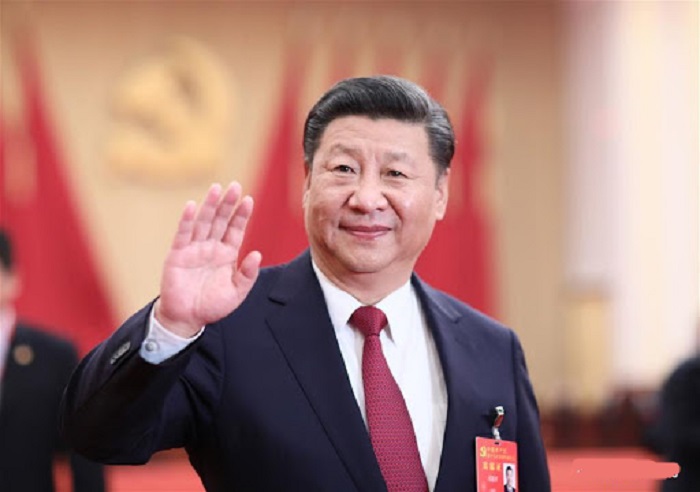 China is no longer biding its time and hiding its strength. Those days are over.

China’s economic growth in 2020 significantly outpaced the U.S. and all other major economies, which suffered severe recessions. China’s recent adventurism at home and abroad can be explained largely in economic terms. Its leaders draw confidence to challenge the world from their country’s macroeconomic outperformance, and from their growing belief in the superiority of China’s economic governance model.

A new front in the great power competition between the U.S. and China has opened. Beijing isn’t yet ready to challenge the U.S. dollar directly. But it has set its sights on the U.S. bond market, which showed new vulnerability last year. China is taking steps to displace U.S. Treasurys as the world’s most important and reliable asset. American policy makers should take notice.

There are signs that China is starting to reduce its direct purchases of Treasurys. This is difficult to know precisely: China’s official foreign exchange reserves total more than $3 trillion, and it controls other massive pools of capital. The composition of China’s foreign reserves and the amount of its dollar-denominated assets are a state secret.
But, according to statistics compiled by the U.S. Treasury Department, Chinese direct holdings of U.S. government debt fell in each of the past five months, and are now at the lowest level in nearly five years. The share of new U.S. debt bought by China is smaller than it’s been in decades.

China is also trying to replace the U.S. as the preferred destination for foreign capital. Its leaders are actively seeking to persuade global
investors to reconfigure their portfolios to give Chinese securities, especially risk-free debt, a much greater role. And some finance ministries, sovereign-wealth funds and large global asset managers are considering shifting capital in the coming year to China’s higher-yielding sovereign debt.
Currently, 10-year U.S. Treasurys yield less than 1% nominally, implying a significant negative real return over the decade. The Federal Reserve’s newfangled policy regime of lower interest rates and higher inflation for longer periods portends continued losses. Investors will increasingly struggle to build portfolios if they are unable to use Treasury bonds to mitigate risk effectively.

China’s comparable 10-year bonds yield about 3.25%, allowing for the prospect of positive real returns. Historically, the renminbi was an inadequate store of value, which kept international investors wary. In the five years before the Covid crisis, the dollar-renminbi exchange rate weakened as much as 15% peak-to-trough amid heightened volatility. Global investors were reluctant to buy Chinese sovereign debt over comparable U.S. Treasurys.
In a purposeful and marked change in recent quarters, China has consistently fixed its overnight exchange rate in one direction, allowing its currency to strengthen more than 8% against the dollar. China’s fiscal and monetary support for its economy has become less expansionary. The clear and concerted message to global investors: Invest in China and get better, safer returns. China’s ability to sustain investor interest depends on the long-term strength of its economy, of which there should be some skepticism. But the current narrative of strong, stable, sustainable Chinese growth is gaining big traction in the investor community.

The vulnerability of the U.S. bond market became clearer when Covid fears struck last year. Foreign investors, including China, pulled back from the Treasury market. Prices fell unexpectedly, even as equity prices plummeted. Yields spiked 0.75% in mid-March, one of the largest, fastest shifts in years. U.S. bond liquidity evaporated, and Treasurys failed to serve as an effective market hedge. Market panic ensued. The Fed entered the market in unprecedented scale and scope, purchasing about $1 trillion in government debt in about three weeks.

This Covid-induced episode stands in contrast with the global financial crisis a decade ago: U.S. bonds then served as the ultimate safe haven.

China never sought to replicate the U.S. economic system. But for decades Beijing considered America’s economic model worthy of great respect, even admiration. Since their 1980s reforms under Deng Xiaoping, Chinese leaders believed the U.S. knew how to run a successful modern economy.

Times have changed. Many of China’s leaders no longer hold the U.S. economy in the same regard. They believe America’s growing addiction to negative real interest rates, its unsustainable fiscal path, and the Fed’s debt monetization indicate a country—and a system—in decline.

Two major economic shocks, the Great Recession and the Great Lockdown, influenced the thinking of China’s leaders. The twin shocks, separated by a decade of deliberation among China’s academics, policy makers and other party members, changed China’s view of its relative economic strength and accelerated the timeline to bolster its global presence.

America’s economic future, however, depends less on the top-down, macroeconomic decisions of mandarins in Washington than China might appreciate. U.S. prospects rest more on the resilience and dynamism of the micro-foundations of our economy—the culture of hard work, risk-taking, free allocation of capital and labor, and respect for the rule of law in a market system.

China is moving with dispatch to establish itself as the preferred destination for low-risk capital returns. If successful, this would be a critical step in its effort to establish an alternative financial and economic global ecosystem. China could then emerge as a more viable and serious rival for hegemony.

In good times, U.S. policy makers feel no compulsion to normalize, and in bad times no reason or ability to do so. Better, more forward-looking U.S. economic policy is required to retain the privilege of U.S. Treasurys as the world’s safe-haven asset, not least to strengthen America’s position in its growing rivalry with China.