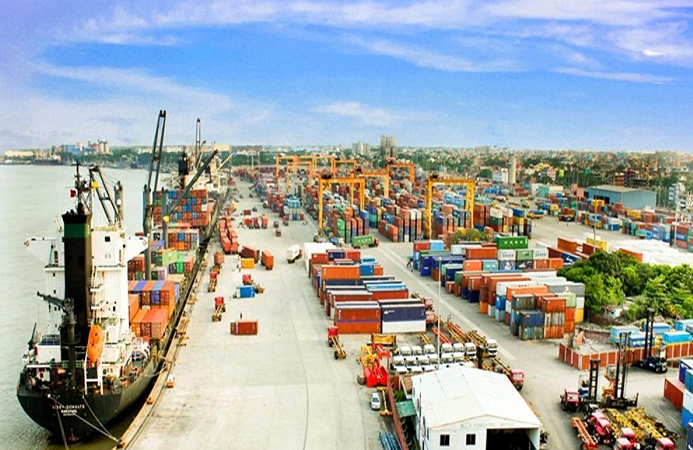 Chattogram Port is ready to face the challenges of the New Year by utilizing experiences of the global epidemic.

In addition to the country’s growing domestic import-export pressures, the port has to increase its capacity to transit goods to neighboring countries like India, Nepal and Bhutan.

As part of this, the port authorities are emphasizing on new infrastructure, construction of jetties, terminals, collection of modern container and cargo handling equipment, maintenance including dredging of channels for transportation of ships, automation and digitization in official and operational activities.

“Using those experiences, we’ve quickly implementing ongoing projects and formulating new plans and have also identified the New Year challenges and priorities. We’ve already been able to land the first commercial ship at Matarbari and works on the Patenga Container Terminal (PCT) is going in full swing,” he said.

CPA Chairman Azad hoped that ship will arrive at this under constructing terminal by the end of this year.

“Mentionable, progress has also been made in the process of building the Bay Terminal. In addition to increasing the capacity of Chattogram port in line with the country’s economy, we are also emphasizing the issue of transit cargo-container transport to neighboring countries, especially India, Nepal and Bhutan,” the port Chairman said.

Replying to a question, he said the main responsibility of Chattogram Port is to provide necessary supports to the country’s industrialists, importers and traders in their import-export activities for reducing the cost of business.

Besides, due to its geographical location, we would like to be partners in the foreign trade of many countries as directed by the Bangabandhu daughter Prime Minister Sheikh Hasina.

Significant achievements of Chattogram Port in 2020 are–to earn the rank 58th in the list of 100 best container handling ports in the world Lloyds list, to appoint a consultant for Matarbari port, to resolve container and ship congestion due to corona situation, to take necessary steps to prevent corona, etc.

According to the port source, container handling through Chattogram port in 2020 has been 28 lakh 39 thousand 997 TEUs (as a 20-foot unit). Of this, 14 lakh 91 thousand 228 TEUs have been imported goods during the period. The remaining 13 lakh 48 thousand 749 TEUs are exported and empty containers.

It has decreased about two lakh 46 thousand 210 TEUs in the last one year.

A total of seven crore 71 lakh 34 thousand 993 tonnes of bulk cargo or open goods have been transported through import and export.