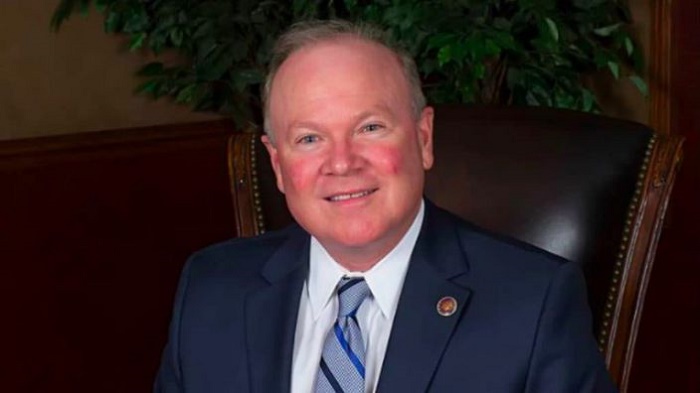 State Sen. A. Benton Chafin Jr., a southwest Virginia cattle farmer and lawyer who broke with fellow Republicans to expand Medicaid in 2018, died Friday at VCU Medical Center of covid-19.

A senator since 2014, Chafin, 60, had been hospitalized for about two weeks with the illness caused by the novel coronavirus.

“Southwest Virginia has lost a strong advocate — and we have all lost a good man,” Gov. Ralph Northam (D) said in a written statement. “He pushed hard to bring jobs and investment to his district, and I will always be grateful for his courageous vote to expand health care for people who need it.”

Chafin (Russell) was among a handful of Senate Republicans who agreed to expand Medicaid under the Affordable Care Act in 2018.

Blocking expansion of the law also known as Obamacare had long been a rallying cry for the legislature’s conservatives, but Chafin said it would provide desperately needed health care in his coal country district, among the poorest in the state.

“He was a treasured friend, unrelentingly cheerful with an infectious smile and gregarious manner,” Norment said.

House of Delegates Minority Leader Todd Gilbert (R-Shenandoah) said in a statement that Chafin’s “commitment to the people of Southwest Virginia was unyielding. He was a fierce advocate for not only his region, but our entire Commonwealth.”

The Senate Democratic Caucus praised his “compassion, strength, and thoughtfulness.” Members of the Legislative Black Caucus praised him as “a well-respected legislator and a tireless advocate for his constituents in Southwest Virginia.”

As a teenager, he had a part-time job at a local meatpacking plant, according to a biography posted on his campaign website. He and his sister were the first members of their family to attend college.

Chafin earned a bachelor’s degree from East Tennessee State University, a school close enough to home that he could “fulfill his obligations to the family farm by returning home most weekends,” his biography said.

After graduating from the University of Richmond School of Law, Chafin returned to Russell County to practice law.

He was a longtime board member of the First Bank and Trust, which his father helped establish.

“He was the little brother I never had and like his late father, he was fair, wise and dedicated to the tasks at hand,” said Frank Kilgore, Chafin’s brother-in-law.

Chafin was elected to the House of Delegates in November 2013 and moved to the Senate nine months later, winning a special election for the seat that Democrat Phillip P. Puckett (Russell) abruptly resigned from in summer 2014.

Sen. Todd E. Pillion (R-Washington), who also hails from the state’s rural southwest, called Chafin a “true Virginia gentleman” and a “resounding voice for our region.”