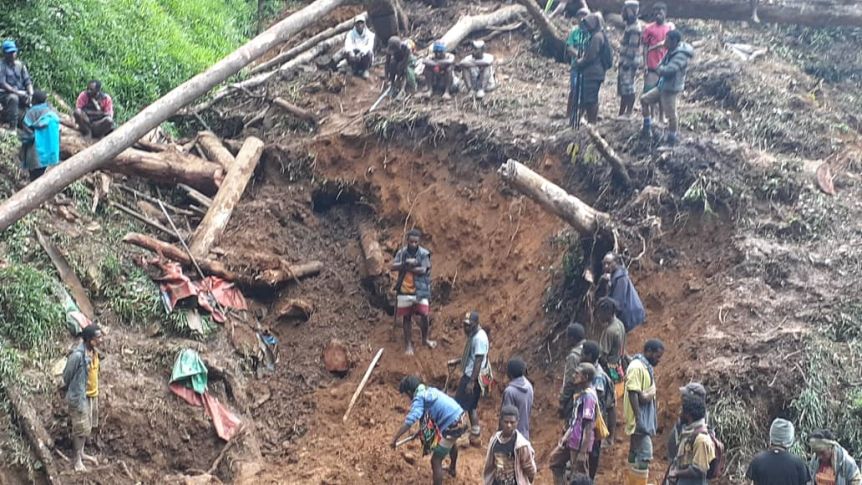 "Unfortunately there are no survivors from what we hear," Samb told ABC, Australia's national broadcaster.

"Sadly they were all buried alive."

Officials said the exact death toll was unclear, but two bodies had so far been recovered and up to 15 were feared dead.

The group was panning a riverbed for gold.

Heavy rain and a lack of equipment had hampered local rescuers attempting to dig through the mud.

Better tools and supplies were being flown in to help the recovery effort, with the Governor of the Central Province, Robert Agarobe, expected to arrive Thursday to help assess the damage.