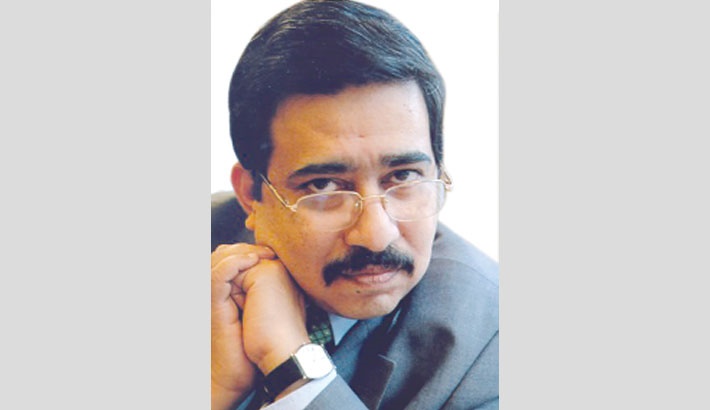 Various globally noteworthy and important events occur every single year, which make it to the history books but certain years are much more noteworthy and significant than others and that can either be due to major tragedies and catastrophes or immense victory, transformational revolution and major scientific discovery, which inevitably results in great changes and adjustments in the way the world functions.

No doubt the year 2020 has already earned a significant spot in the history books and perhaps an entire chapter dedicated only to 2020 would be required reading for students in the near and distant future.

To date over eighty million people worldwide have been infected by the Covid-19, of which over one and three quarters of a million have perished due to it. The nation that has been most severely impacted by this deadly virus is the United States, which alone has had over nineteen million of its population infected and has suffered from almost three hundred and forty thousand tragic deaths and these amounts are increasing every single day. Our closest neighbour, India has had over ten million cases of infection and almost one hundred and fifty thousand deaths. Third and fourth on the list of worst hit nations are Brazil with almost seven and a half million cases of infection with almost two hundred thousand deaths and Russia with over three million cases of infection with over fifty thousand deaths, respectively. Even though much more resilient compared with many other nations, even Bangladesh has had over half a million officially declared cases of infection and almost seven and a half thousand deaths directly due to Covid-19. (Note: these figures are approximations and may have changed since the time of last review.)

Looking at such figures, one could easily assume that these countries might be engaged in some sort of a major and tragic war but even the most terrible of wars don’t take away so many lives so mercilessly. Very simply put, we were just not ready for something like this and it caused major shockwaves not just to the health sector/industry but also to almost every component of the overall economy of every nation. All kinds of businesses, offices, residences, industries/factories, working systems, communication systems, travelling, food supply, logistics, etc had to go through major adaptation, restructuring and readjustment and this is expected to go on well into 2021.

It is not yet possible to exactly figure out what the global economic damage will be as a result of the Covid-19 pandemic but there is a good level of agreement among leading economists that it will continue to have severe negative impact on the global economy. Earlier estimates had predicted that, if the virus became a global pandemic, which it did, then most major economies would lose at least 2.4% of the value of their GDP during 2020. This had resulted in reducing the 2020 global economic growth forecasts from 3.0 per cent to 2.4 per cent. The IMF stated that the global economy would shrink by 3 per cent in 2020 and it also described this decline as the worst since the Great Depression of the 1930s. The Dow Jones Industrial Average, the Nikkei and the FTSE all saw large falls as the number of Covid-19 cases grew during the year. The Dow and FTSE experienced their greatest quarterly drops during the first 3 months of the year, since 1987. In response, many central banks cut down interest rates, which theoretically is supposed to make it cheaper to borrow funds and boost the economy by encouraging spending. Global markets have made back some ground due to timely government interventions. Many people across the globe have lost their jobs and many others have seen their incomes cut due to the crises and therefore unemployment rates have risen across all major economies, worldwide. Millions of workers had to also be put on government-supported job retention policies since specific sectors of the economy such as tourism, hospitality and travel came to a virtual standstill during the lockdowns and is still going through major slumps in demand. Brent crude, which is a viable benchmark, saw its price drop to below USD 20 to the lowest level experienced in 18 years. Although prices have recently regained ground due to travel restrictions in many countries being relaxed and therefore increasing demands for fuel.

Being a developing economy, Bangladesh never had the economic, healthcare-logistic and cash flow strength of other more developed economies to be able to afford all the supportive schemes and policies required to fully face a pandemic of this magnitude. Tackling a major healthcare calamity combined with the economic fallout always was going too much for a nation like Bangladesh to ever be able to manage. Early predictions had stated that this pandemic would likely completely devastate Bangladesh. However, what Bangladesh lacked in terms of economic and logistical strength, it more than made up for through the utilization of creative and innovative ways to tackle this major crisis. One of the most important and perhaps, correct decisions taken by the authorities was that it would place much higher emphasis on livelihoods of its people rather than continuing on with crippling lockdowns and therefore Bangladesh had strategically lifted its lockdowns much earlier than most nations. This was a strategically viable decision because Bangladesh was able to determine early on that the death rate as a result of infection was much lower than many other nations. For reasons not yet fully confirmed, there appeared to be a high level of resiliency and natural immunity among most of the people of Bangladesh that allowed them to handle the virus much better than the citizens of other more developed or even developing nations. Bangladesh also tried to make the best and most efficient use of its very limited resources and was able to quickly and successfully educate many of its vulnerable population on the importance of wearing masks, proper sanitization, social distancing, etc. Bangladesh simply had no choice and this was perhaps, the only path it could take because sustaining lockdowns and severe restrictions would have truly devastated an already economically vulnerable nation. Thus far that has not happened.

So far Bangladesh might have fared better than many other nations in terms of infection rates and especially death rates; however, its economy and developmental progress is another matter because this is where various weaknesses are exposed and become evident.  The World Bank has projected that Bangladesh’s GDP growth will be 1.6 per cent in fiscal year 2019–20 and the IMF projects it to be 3.8 per cent for 2020 and 4.4 per cent for 2021. Bangladesh’s own Bureau of Statistics forecast a provisional GDP growth of 5.24 per cent, which is still the lowest in the last ten years. At the same time, we have also witnessed our crisis management capacity to improve to a great extent.

2020 has been the year we all want to see behind us in the rear-view mirror, disappearing into the history books. We all hope that we never have to travel on such a negatively overwhelming and distressing path ever again. Many of us have lost dearest friends and very close relatives and we shall retain those precious memories of them in our hearts and minds forever. The New Year will surely be a year of continued healing and revival as this crisis is far from over.

The writer is a leading economic analyst in the country.