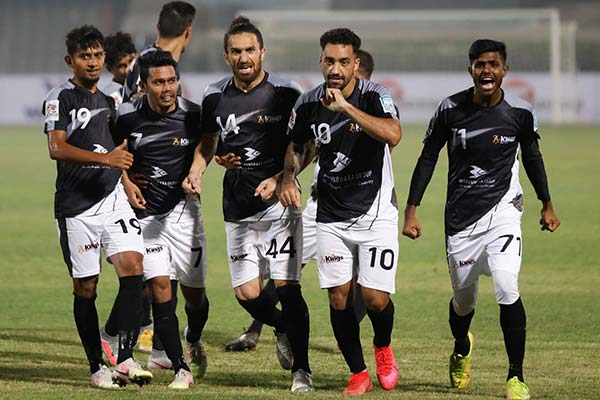 The last year's runners-up Rahamatgonj MFS conceded a 0-1 goal defeat to the Chattogram based outfit in their last group match at Bangabandhu National Stadium (BNS) on the day after conceding a 0-3 goal defeat to the holders in the opening match in the capital last Tuesday.

Kings and Ctg Abahani will lock horns in a place-deciding match at the same venue on December 28 at 5:00pm. Country’s first sports channel, T-Sports, a sister concern of Bashundhara Group’s East West Media Group Limited, will telecast the match.

Ctg Abahani started to put pressure on Rahamatgonj with better ball possession and impressive build-up in the midfield. In the 9th and 14th minutes, Ctg Abahani got two close chances to open the account, but Rahamatgonj goalkeeper Rasel Mahmud Liton smartly denied their efforts.

Brazilian forward Nixon finally broke the deadlock in the 37th minute with a right-footer from a goalmouth melee, off a cross from midfielder Md Sohel Rana (1-0).

After the half time, the old Dhaka outfit Rahamatgonj tried hard to level the score line, but their attackers failed to break the strong defence line of Ctg Abahani. In the 82nd minute, an eye-catching close range powerful shot by midfielder Enamul Islam from inside the box was smartly saved by Ctg Abahani goalkeeper Md Nayem.

In the next matches on Saturday, Uttar Baridhara SC are set to play against Arambagh KS at 5:15 pm and Saif SC to play Brothers Union Ltd at 8:00 pm, both at the same venue.

Earlier, holders Bashundhara Kings made a solid start in the season’s curtain-raiser meet beating last year’s runners-up Rahamatgonj by 3-0 goals in the opening match. Argentine-born Chilean forward Raul Oscar Becerra and Robson Azevedo da Silva Robinho netted one goal each for the winning team while a suicidal own goal by Rahamatgonj’s  Egyptian defender Eissa sealed the fate of the match.