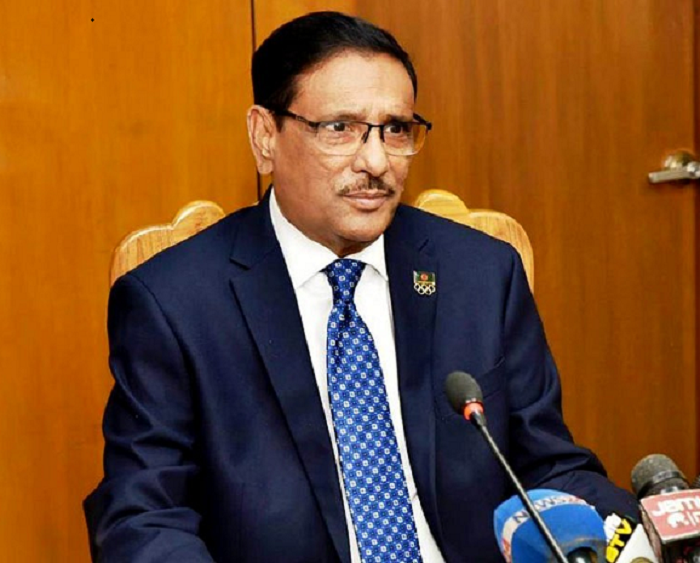 Awami League General Secretary and Road Transport and Bridges Minister Obaidul Quader called upon the party leaders and workers to stand by the cold-hit people as cold wave is sweeping over in different parts of the country including the northern region.

“It is Awami League’s heritage to stay beside distressed people in every disaster and crisis period,” he told a press conference at his official residence on parliament premises.

Turning to municipality polls, Quader urged the party men across the country to work in unison as per the decision of AL Local Government Nomination Board led by Awami League President and Prime Minister Sheikh Hasina.

The party chief is very strict on maintaining organizational discipline, he said, adding that those who have already violated party decisions will not be given nomination in future by any means.

The AL general secretary said everyone will have to remain alert to this end and “you will have to work together following the directives of the party president.”

He said the country’s democracy is going ahead defying different odds. Democracy cannot be turned into a banyan tree in a single day rather it needs to pass a long way, he added. Cooperation of all stakeholders is needed in the journey that began under the leadership of Sheikh Hasina to give an institutional shape to democracy, Quader added.

He said all stakeholders including opposition party will have to plan a responsible role to safeguard the democratic values.

Mentioning that AL will observe the Victory Day of Democracy on December 30, Quader said the day will be observed following the health guidelines in the wake of coronavirus outbreak.

The minister greeted members of Christian community all over the world on the occasion of Christmas Day.