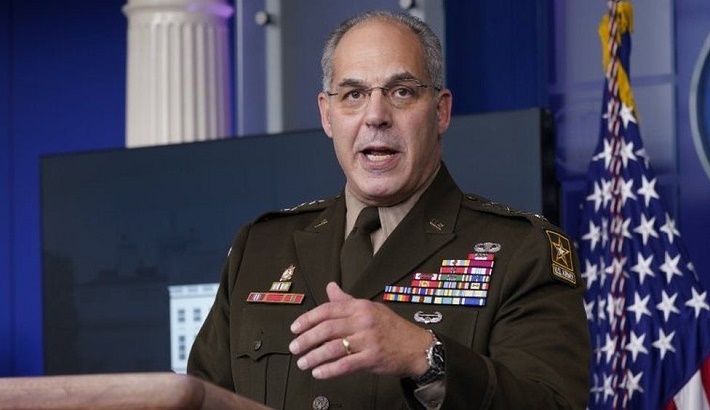 The army general in charge of distributing Covid vaccines in the US has admitted he failed over the initial number of doses promised to states.

Gen Gustave Perna, the head of Operation Warp Speed, said he took "personal responsibility for the miscommunication" to state governors.

More than a dozen states have expressed alarm at a cut in the expected number.

The Pfizer-BioNTech doses are being rolled out following approval - and a Moderna vaccine is now also approved.

The US has registered more than 17.5 million of the 76 million infections confirmed globally since the pandemic began, along with 315,000 deaths. Both are the highest numbers in the world, according to Johns Hopkins University research.

What did the general say?