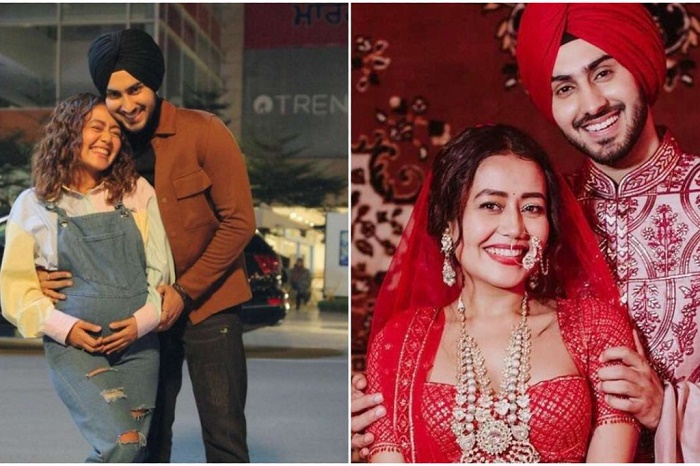 Members of the film and music industries are congratulating singer couple Neha Kakkar and Rohanpreet Singh after she posted a picture with a prominent baby bump on Friday. The couple tied the knot in October, after meeting on the sets of a wedding-themed music video.

In her Instagram post, Neha wrote, “#KhyaalRakhyaKar,” and posed with Rohanpreet. She could be seen wearing dungarees and cradling her belly, but did not outrightly confirm her pregnancy. “Ab Toh Kuch Zyada Hi Khyaal Rakhna Parhega Nehuuuu (Now I’ll have to take extra care of you),” Rohanpreet wrote in the comments section.

Congratulatory messages flowed in. “Congratulations you both,” wrote singer Kanika Maan. “This cutest couple are about to be the cutest parents! Congrats you two!” another person commented.

Neha and Rohanpreet had a fairytale wedding on October 24 in Delhi. The went on honeymoon in Dubai, and kept their fans updated with frequent social media posts.

“We literally met for the first time on the set of the song we did together - Nehu Ka Vyah and I didn’t even realise what she wrote for that song would come true one day. It literally changed my life for the best,” Rohanpreet told designer Anita Dongre.

Neha realised that Rohanpreet was ‘the one’ not long after their first meeting. She was drawn to his good looks and polite behaviour. “My first impression of him was that he was so good to each and every person on the set. And undeniably, he was the cutest boy I had ever come across. The attraction was strong. I think it was really in those initial moments itself that I knew he was the one for me,” she said.